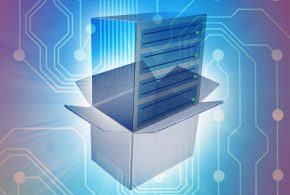 AT&T officials continue to promote the carrier’s efforts to make white box networking gear a key part of its project to transform its infrastructure into a software-centric network that more capable of handling the rapidly changing requirements of the  internet of things, mobile devices, big data and the cloud.

The service provider in April announced successful live trials of white-box switches involving such vendors as Barefoot Networks, Edgecore Networks, SnapRoute, Intel and Broadcom, which officials said will lead to networking infrastructures that can help accelerate innovation at a time when the rise of such technologies as self-driving cars will demand real-time data.

In addition, in early June, the company announced it is buying software-defined networking (SDN) technologies from Brocade, which itself is being bought by Broadcom for $5.9 billion.

In a recent post on the company blog, AT&T executives continued to push the idea of white-box gear that decouples the software and hardware—in which unbranded open switches and routers from system makers run non-proprietary software from other vendors.

It will be critical as carriers continue to transform their networks, according to the blog’s authors, Chris Rice, senior vice president of Domain 2.0 design and architecture at AT&T, and John Medamana, vice president of network platforms at AT&T.

“Being able to mix and match standardized hardware configurations with different software protocols is a critical element of white box,” Rice and Medamana wrote. “It’s how you get a more open, flexible and cost-effective alternative to traditional proprietary, integrated networking equipment. It’s a new approach to building telecom infrastructure. We think white box will play a big part in the future of our industry. Our goal is to help this ecosystem grow in a way that benefits everyone.”

AT&T is not the only telecommunications company to pursue a software-centric infrastructure. Others, including Verizon and Orange, also have multi-year projects underway to create broad virtual networking environments.

Carriers traditionally have used expensive specialized networking hardware that ran proprietary and closed software. Now they’re pushing for more open and software-defined infrastructures that improve flexibility and scalability, drive down costs and accelerate their ability to develop and deliver services to customers.

It’s part of a larger software-centric trend in data centers that includes servers and storage appliances as well as networking devices, all with the idea of making infrastructure more agile, programmable, responsive and cost-effective.

Running network software on industry-standard commodity hardware has given rise to the idea of white boxes built by original design manufactures (ODMs) that are much cheaper than those from traditional OEMs like Dell EMC, Hewlett Packard Enterprise (HPE), Cisco Systems and Lenovo.

OEMs like Dell EMC and HPE are countering with what some analysts call “brite boxes”—branded systems that can run operating systems and other software from third-party vendors.

The AT&T officials wrote in their blog that as telcos build their software-centric infrastructures, they “need to get more comfortable with taking more responsibility for the technologies powering their networks.”

“In the emerging white box ecosystem, service providers take a much more active role in the end solution,” Rice and Medamana wrote. “They use the external ecosystem for key capabilities. They need to have a fundamental understanding of the various components. Service providers should be comfortable with their technical teams being deeply involved in the design details of the end solution. The biggest payoff is that the end solution will be modular and have open interfaces. These open interfaces are key to delivering automation.”

Other benefits include lower capital and operation costs, more input into the roadmaps of merchant silicon makers, a growing and open hardware ecosystem through such communities as the Facebook-led Open Compute Project and the ability for telcos to customize the solutions to fit their particular needs.

The shift to white box “signals a new direction and way service providers will design their networks going forward. The existing OEM suppliers can participate in this new ecosystem. Smart OEMs recognize this trend and are ready to be a part of it. Some have already started by disaggregating their existing solutions and by providing pieces into this new white box ecosystem,” the blog authors wrote.