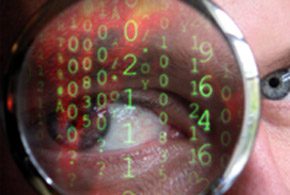 AT&T and Verizon Wireless are among a handful of Internet service providers (ISPs) that plan to implement a “six strikes” policy meant to deter digital copyright infringers, tech site TorrentFreak reported, citing documents it says it has acquired.

After being delayed by Hurricane Sandy and other factors, the policy will go into effect in “coming weeks,” said the site.

The Motion Picture Association of America (MPAA) and the Recording Industry Association of America (RIAA) in 2011 formed the Center for Copyright Information (CCI). The group explains on its site that its goal is to implement the Copyright Alert System (CAS), “a progressive system aimed at educating Internet subscribers about digital copyright and the potential consequences of inadvertent or purposeful copyright violations through peer-to-peer networks.”

The CCI has laid out a general six-alerts program, but TorrentFreak says that it has obtained Verizon’s particular six-alerts plan. In first and second alerts, it will notify a person that it is believed his or her account “has been involved in possible copyright-infringement activity.”

In third and fourth alerts, a user’s browser will be redirected to a special Web page where he or she can review and acknowledge receiving the alerts, watch a short video about copyright law and the consequences of infringement and “click on an ‘acknowledgement’ button before you will be able to freely browse the Internet.”

Fifth and sixth alerts redirect a user’s browser to a Web page that presents a number of options, according to paperwork TorrentFreak said resides on Verizon’s servers but in an area unsearchable by Google. The alerts explain:

Agree to immediate temporary (2 or 3 day) reduction in the speed of your Internet access services to 256K bps (a little faster than typical dial-up speed);

Agree to the same temporary (2 or 3 day) speed reduction but delay it for a period of 14 days; or

Ask for a review of the validity of your alerts by the American Arbitration Association (AAA). There is a $35 fee (that you will get back if you win). For subscribers who meet certain need-based eligibility criteria, the review fee will be waived by the AAA.

Not mentioned by Verizon, said TorrentFreak, is that the MPAA and RIAA can obtain IP addresses of repeat infringers to take legal action against them. (ISPs can’t share IP addresses, but they can be requested via subpoena.)

“The potential for copyright holders to use the alert system as solid evidence gathering for lawsuits remains one of the most problematic aspects of the six-strikes scheme,” wrote TorrentFreak.

It added that it has also “confirmed that the alerts outlined above will also apply to business customers. This means that coffee shops and other small businesses will have to be very careful over who they allow on their company networks. It could mean the end of free WiFi in many places.”

Citing leaked documents, TorrentFreak earlier reported that AT&T’s alerts policy includes blocking access to a user’s most frequently visited sites until they complete an “online education tutorial on copyright,” and that Time Warner Cable plans to interrupt the ability of offenders to browse the Internet.

Neither Verizon Wireless nor AT&T responded to a request for comment.