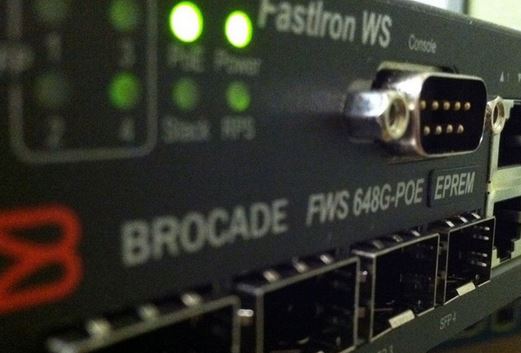 Brocade, once No. 2 only to Cisco Systems in the storage networking business, is being cut into pieces and sold off. But this transition is a lot more complicated than that, it turns out.

Broadcom, which announced last November that it is in the process of acquiring all of Brocade for $5.9 billion, revealed March 29 that it and Extreme Networks have entered into an agreement for Extreme to acquire Brocade’s data center switching, routing and analytics business from Broadcom following Broadcom’s acquisition of Brocade, which is expected to close soon.

When the $5.9 billion umbrella deal closes, Brocade’s data center networking business will be sold to Extreme for $55 million in cash, consisting of $35 million at closing and $20 million in deferred payments.

Got that? Good, because there’s more.

Broadcom, which makes processors and system-on-a-chip solutions, will integrate Brocade’s Fibre Channel storage-area networking (SAN) switching products into its own portfolio. It is still looking for a buyer for Brocade’s IP (internet protocol) networking business, and that buyer could well be home and small-business Wi-Fi modem maker Arris.

“Our focus is to provide end-to-end solutions and be a pure-play networking provider, from the campus through the core (networking) out to the access layer on the wireless LAN (local area networking), providing management software over the top,” Extreme Executive Vice President Norman Rice told eWEEK. “We believe that we are the world’s only pure-play (networking) provider that’s focused on the enterprise in this particular area.”

Extreme acquired Zebra’s wireless LAN business last fall, which had been owned by Motorola previously. Extreme, which had no presence in the data center switching/networking business, then decided to work with Broadcom to acquire Brocade’s data center IP and product line.

Extreme is also in the process of acquiring Avaya’s networking business in order to bolster its “campus core” technology, Rice said. So there are a lot of pieces in the puzzle that are still in the process of fitting together.

Brocade, Broadcom and Extreme all seem to be on the same page with regard to how those pieces are fitting together. When Broadcom bought Brocade, it already knew Extreme’s strategy to want to move into the data center, so Broadcom was the original promoter, in effect, for today’s news.

“What’s really the key here is the complementary nature of Brocade’s data center business with Extreme’s existing business,” Brocade Senior Vice-President Jason Nolet told eWEEK. “The notion of being the only pure-play, enterprise-focused networking player is a vision that Brocade had asserted for itself prior to Broadcom pursuing its acquisition.

“The notion of having a portfolio that goes from the campus edge all the way to the core into the data center is exactly aligned with where Brocade had positioned itself.”

When all is said and done later this year, both Broadcom and Extreme Networks will be larger, more well-equipped companies that ostensibly can work together in parallel fashion on enterprise networking installations.

“Today’s announcement, coupled with our recent announcements regarding our position as the stalking horse bidder of Avaya’s networking business and the successful completion of the integration of Zebra’s wireless LAN business, along with Extreme’s organic investments in R&D, will result in a state-of-the-art, newly-refreshed portfolio of enterprise solutions for our customers,” Extreme President and CEO Ed Meyercord said.

The Brocade acquisition is important because “it expands our commercial relationship with Broadcom,” Meyercord said. “We already have our 200 Series of value oriented switches leveraging Broadcom’s FASTPATH operating system software, and this transaction will only broaden our strategic partnership.  Finally, given the strong profitability of Brocade’s data center business, this transaction will accelerate Extreme’s objective to achieve gross margins in excess of 60 percent.”

“Innovation will increasingly be driven through software capabilities that allow customers to successfully transform their networks for digital business,” Carney said.