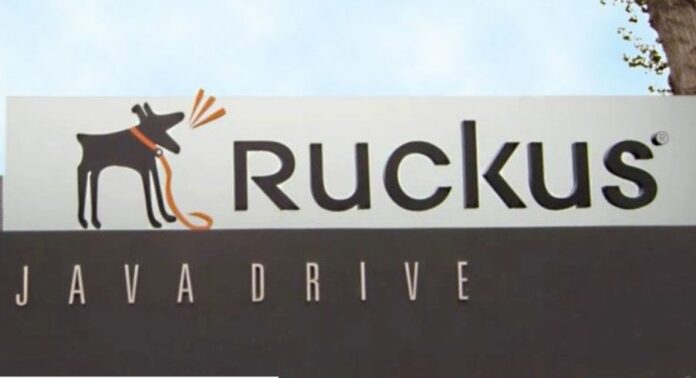 Brocade Communications Systems made a major move to expand its market reach April 4 by agreeing to spend $1.2 billion for Sunnyvale, Calif.-based neighbor Ruckus Wireless, a maker of smart WiFi networking equipment for enterprises and service providers.

The purchase price is net of cash and liquid assets owned by Ruckus, which amounts to approximately $300 million.

Ruckus Wireless is a provider of powerful, carrier-grade WiFi networks for sports stadiums and other big public locations. It also sells to mobile carriers, broadband service providers, and corporate enterprises.

Brocade is known for its enterprise-grade smart storage networking systems.

The $1.2 billion offer, or $14.43 per share, represents a 40 percent premium over where the Ruckus stock closed April 1. Some analysts have said that the bid might be relatively low and could elicit wireless equipment vendors such as Nokia or Ericsson to jump into a bidding war for the company.

The transaction is expected to close in Brocade’s third fiscal quarter of 2016.

Ruckus competes in the same market with Ericsson, ShoreTel, Nokia and HPE-owned Aruba Networks. Others include Xirrus Networks, Meru Networks and Aerohive.

“We’ve been after this new edge (capability) for a while, so it’s a good step in the direction of completing our vision (for a one-stop networking shop),” Brocade Chief marketing Officer Christine Heckart told eWEEK.

The two companies have been working together for a couple of years, Heckart said, in providing solutions for joint customers. So they are quite familiar with each other, and the cultures are similar.

“We look at this (deal) in the context of the industry transition that’s happening, specifically as businesses move to digitize, adopt cloud, figure out the Internet of things, deploy big data and make their networks more secure,” Heckart said.

“One thing that often gets overlooked but is absolutely essential is the network transformation that has to happen to make that business transformation possible. If you look at what Google, Facebook and Amazon have done, they are completely re-thinking the way networks get built, and they re-think it all the way from the data center to the wireless edge.”

Brocade has spent the last several years trying to understand what the network of the future needs to look like to help these businesses make the transition to become a digital business, Heckart said.

“We have put the pieces in place within our portfolio to help companies do this successfully,” Heckart said. “This (Ruckus) is one very important piece.”

Networks now have to be open, agile, cost-effective and secure, Heckart said.

“We (the industry) have spent 20 years trying to lock customers in, and those big hyper-cloud providers (noted above) aren’t locked into anything,” she said. “They have huge agility as a result, and security has to be built in from the ground up.”

Brocade has built its business in networking hardware and software for data storage in the shadow of Cisco Systems. In the past several years, the company has branched out into other networking sub-sectors, such as marketing routers and switches sold in competition with Cisco, HPE, IBM, Dell and others.

Two of those competitors had the same idea and already have acquired WiFi specialists. In 2012, Cisco bought Meraki Inc. for $1.2 billion; Hewlett-Packard Co. in March 2015 acquired Aruba Networks for $3 billion. As of last Nov. 2, Aruba is now part of HP Enterprise.