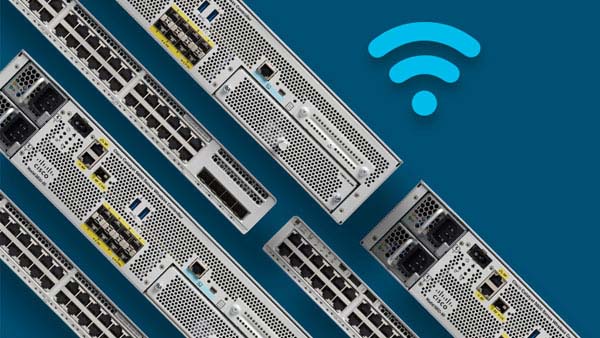 BARCELONA–This week at Cisco Live EMEA, Cisco Systems announced it was extending its Intent Based Networking (IBN) solution to the internet of things (IoT) edge. Prior to the IoT era, the network edge was fairly well-defined as wiring closets and branch offices.

IoT plays havoc with the network, because the network edge now extends to the last connected device. This could be a warehouse, parking lot, oil rig, heart pump, autonomous truck or anything else that’s connected. The expansion of the edge causes network operations a number of headaches that need to be resolved if IoT initiatives are to be successful. The top challenges are listed below:

To help combat these issues, Cisco announced some new network products to help solve these problems. At the show, Cisco introduced the Catalyst IE3x00 series of switches and the IR1101 I Integrated Services Router (ISR). These are ruggedized devices specifically designed for harsh environments, so they can be mounted in trucks, on an oil rig, mounted to a pole or anywhere else connectivity is needed.

What’s unique about these products is that unlike most ruggedized network devices, which have dumbed-down operating systems, these run Cisco’s IOS XE operating system, which has become the de facto standard in the industry. Also, these devices, like all newer Cisco devices, are managed by DNA Center, the control center for Cisco’s IBN strategy. That means all the rich features available to secure and manage the internal network can now be extended to IoT endpoints.

This provides businesses with the following benefits:

In addition to the new network devices, Cisco announced three new Cisco Validated Design Guides (CVDs) to help accelerated deployments. These are validated blueprints that often include third-party products to help customers deploy solutions faster. These have been very popular with customers, with topics spanning from data center design to the access edge. The new ones are targeted to IoT deployments and include “Distribution Automation CVD” for utility grids, “Industrial Automation CVD” for manufacturing, utility substations and energy markets and “Remote and Mobile Assets CVD” for connecting fixed location and mobile assets.

Also as part of this launch, Cisco announced a number of new developer tools. Cisco’s developer program, DevNet now includes net tools to enable customers, partners and ISVs to innovate at the IoT edge. Ecosystem partners now have a consistent way to build and manage applications at the edge and enable the extra flexibility required to enable better business outcomes.

There’s no question that trends like mobility and cloud have made the enterprise network more complicated to the point of being chaotic. IoT exacerbates this problem because it not only erodes the traditional network edge, it pushes it to new places that are typically outside the purview of IT’s control. This causes new challenges in the area of troubleshooting, security and even day to day operations.

IBN is the solution that can solve many of these new problems. The vision of a self-operating network may seem like science fiction, but it’s necessary for long-term IoT success.