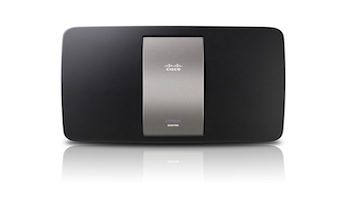 Networking specialist Cisco announced the expansion of its wireless connectivity products and services with three WiFi routers, a USB adapter and four applications to take advantage of the platform’s new ability to remotely access storage connected to the routers.

All three of the new Linksys routers are also equipped with Gigabit Ethernet and USB 3.0 ports, which allow for storage devices such as USB flash drives or hard drives to be connected to the router. Linksys is also adding beamforming technology to all new 802.11ac routers, which is designed to adjust, steer and monitor the direction and shape of WiFi signals in order to send data back and forth over the optimal path.

Linksys is also introducing a smart network map that will be free for the new smart WiFi router line. The smart network map displays a visual representation of the home network and all of the connected devices to give users information about network connectivity and current bandwidth usage so they can control devices and resolve issues. In addition, the Linksys AC 580 USB WiFi adapter allows consumers to upgrade the WiFi in their notebooks or desktops to 802.11ac.

Among the apps coming for smart WiFi are several that will take advantage of the platform’s ability to remotely access storage connected to the router, including FileFinch, which helps users create a secure cloud solution using their own hardware. The new offering also works with Qnext, which lets users privately access and share large files, without uploads, with Facebook friends from a smart WiFi router, and HipPlay, which allows users to access, play and share multimedia content stored at home from anywhere on a mobile device.

“Today’s smart homes and smart devices deserve a smart home network,” Cisco Linksys Home Networking Vice President and general manager Brett Wingo said in a statement. “With the introduction of our new powerful smart WiFi routers that deliver unprecedented speed and range, and include game-changing smart WiFi tools and apps for simple management of today’s smart home, Linksys once again is leading the category with innovation, quality and simplicity. As the router becomes the hub of the smart home, these products allow for simple control of kids’ screen time, delivery of top-quality video and easy ways to centrally store and serve up music and video, all controlled from your smartphone or tablet wherever you are.”