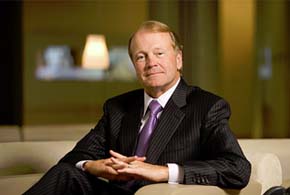 Rather than slug it out with the software-defined network upstarts who endorse commodity hardware, Cisco is redefining the battleground and moving the networking wars to another theatre of battle.

At a press conference Nov. 6 in New York, the company introduced what Cisco Chairman John Chambers called the next era of IT. The application centric infrastructure (ACI) has been part of the Cisco vocabulary since last June. But in a series of presentations that may have set a record for the amount of details crammed on a PowerPoint slide, the company outlined its ACI strategy.

Before I dive into the many pieces of ACI, Cisco’s emphasis on application performance as the measure of technology performance is designed to appeal to the CEO and upper corporate ranks. The division between how an application performs (usually in the form of a CEO complaint, “Why is our site so slow? I click and nothing happens!”) and the way network managers measure packet performance and network capacity is a division guaranteed to create animosity and finger pointing.

In highlighting application centricity, Cisco gets to talk about the big infrastructure picture without getting hung up on questions about why the company is so late to the software-defined network party and why its boxes are so expensive.

The goal of ACI, according to Cisco, is to unify virtual and physical networks to offer policy-based security, compliance and network visibility. Cisco has been intent on expanding from its networking stronghold to other aspects of the data center (in particular compute) and through partners in storage. The ACI product extends the networking strength beyond the data center’s physical confines.

In order to reach the ACI nirvana, a user has to buy some new switches and controllers. ACI includes the Application Policy Infrastructure Controller (APIC), the new Nexus 9000 switches, and new versions of the NX-OS operating system.

The APIC controller is the centerpiece of the ACI plan. The new switches and controller were announced at the same time Cisco said it was acquiring all of Insieme Networks, a company made up largely of former Cisco execs and described as a spin in. Cisco said the acquisition amounted to about $863 million. The Insieme ASIC approach to application control has been called both very visionary and very late to the party. In any case, the controller is due to appear in the second half of 2014.

Chambers is no stranger to controversy and to taking chances. He did after all manage to anger his former hardware partners by jumping into the server business. But the ACI move is risky with the vendor known for selling expensive, but reliable networking equipment now trying to sell more hardware to counter the rise of software-defined networking (SDN).

These days SDN is being likened to virtualization, which became widespread in the server space because the server operating system was divorced from the server hardware. However, unlike servers which often operated at low utilization rates, networks tend to operate at high utilization and with ever increasing demand. The proprietary nature of networks along with the increased demand for high capacity and highly reliable networks makes the SDN equation more difficult than server virtualization.

Chambers was abrupt in his dismissal of SDN contending it lacked scale, was costly and resulted in a disjointed network overlay which added complexity, rather than simplification, to the network. The company during its presentations was careful to refer constantly to the application centric infrastructure rather than the software-defined network.

It would have been incongruous to promote the SDN concept by pushing new hardware as the centerpiece. Cisco also included positive references to open source and open standards, but the full benefits of the ACI are only realized if Cisco’s Application Policy Infrastructure Controller (APIC) is deployed. Cisco brought along a raft of vendors including Microsoft, IBM and RedHat, who were described as supporting the ACI approach.

Cisco, VMWare, Microsoft, OpenStack Foundation and other vendors and open source advocates are in contention to win control of the data center including compute, storage and networking. The Cisco ACI strategy is an attempt to leapfrog the pack by championing application performance. But Cisco’s dismissal of SDN draws a line in the sand and provides the opportunity for competitors to renew the software-based, commodity hardware driven alternative.