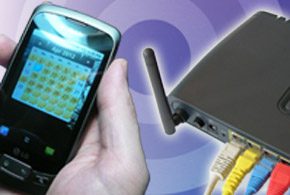 Corporate executives continue to be uneasy about the mobile computing and bring-your-own-device (BYOD) trends, but understand that the momentum will only grow and that companies must ensure that the right policies are in place to protect sensitive data in a mobile world, according to Cisco Systems.

A recent survey of 578 senior-level executives commissioned by Cisco found that despite concerns from corporate officials, companies increasingly are allowing, in varying degrees, employees to use their own mobile devices—in particular, smartphones and tablets—in the workplace, and to access the corporate network and data.

“Overall, the results found that although many executives are uneasy about the security of corporate information on mobile devices, the trend is largely unstoppable and proper policies must be initiated to underpin access to this sensitive information,” Chuck Robbins, Cisco’s newly promoted senior vice president of worldwide sales, wrote in an Oct. 10 post on Cisco’s blog.

The results echoed what other industry surveys and studies have found: that BYOD and the ability for mobile employees to work from anywhere on any device can have far-reaching benefits for companies in such areas as worker productivity and collaboration with colleagues, partners and customers. It also can drive down costs for companies that need to buy fewer laptops and mobile phones for their employees. However, having so many mobile devices connecting to the network causes numerous management and security headaches for IT staff charged with protecting sensitive corporate data.

Robbins said he acutely understands the issues facing company and IT officials.

“In my new role as head of worldwide sales for Cisco, I oversee a distributed team of highly mobile professionals around the world who require the ability to ‘work their way’ regardless of location, so I can relate to the challenges our customers are facing when it comes to managing the influx of personal mobile devices,” he wrote.

The rise of smartphones and, more recently, tablets—fueled by Apple’s wildly popular iPad—have been the key drivers in the BYOD trend, where rather than accepting company-issued technology, workers have pushed to use their own devices for work. Cisco and a host of other vendors have for more than a year been rolling out solutions designed to make it easier for businesses to identify and manage employee-owned devices on the network, and to secure the companies’ information.

And the movement is gaining speed. According to Cisco’s Visual Networking Index, the number of Internet users and connected devices will only grow in the coming years. Currently, 44 percent of workers use three or more mobile devices in their jobs each day, according to the networking company.

“[O]ur customers now recognize that they need to think beyond the device and address the issues of secure data access and network management,” Robbins wrote. “Their challenge: how to ‘lock it down before they free it up.’”

According to the Cisco survey, conducted last month by Economist Intelligence Unit, most executives are uneasy about their companies’ mobile data-access policies, and while 42 percent said that C-level executives need secure and timely access to strategic data, only 28 percent said it’s appropriate to access this information from mobile devices.

Forty-nine percent said that the complexity of securing so many different devices and a lack of knowledge about the security and risks involved with mobile access are top challenges for their firms. Overall, larger companies are more likely to allow mobile devices to access data, but they’re also most willing to impose stricter rules. Forty-seven percent of organizations with revenues less than $500 million allow employees to access company data with their mobile devices, via policies that are more informal.

Meanwhile, more than 90 percent of firms with more than $1 billion in revenue allow mobile access to data, and also have written and enforced security policies, according to Cisco’s survey.

With the proliferation of mobile devices and the growth of BYOD, businesses not only must decide who should control these devices, but they also must figure out how to deal with the issue of social networking. According to Cisco’s survey, there appears to be a gap in what is stated and what is allowed: 56 percent of those surveyed said their companies have policies in place outlining what is acceptable use by employees of social networks on mobile devices. However, 33 percent of the respondents said they were restricted from discussing work on the platforms.

The infrastructure also is a concern, the survey found, with 60 percent pointing to IT infrastructure requirements as the key influence on policies concerning mobile devices and security.