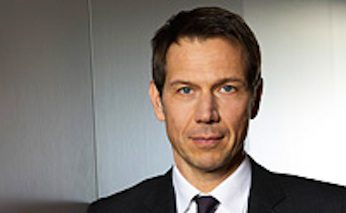 On Dec. 20, 2012, Obermann announced plans to leave Deutsche Telekom after 16 years, seven in the role of CEO. “I want to go back to having more time for customers, for product development and for technology,” he said in a statement.

During a December conference call on the announcement, Obermann added that he wasn’t yet “sick” of his current role. “I still got a year here, and you can only do that if you’re fully committed,” he said.

Ziggo announced March 6 that the company is “very excited” Obermann is coming on board.

“His leadership skills and broad global experience in fixed and mobile telecoms will help to drive continued long-term growth and service innovation at Ziggo,” officials said in a statement. “Ziggo has realized great success in delivering world leading services to consumers in the Netherlands. Rene Obermann is a perfect successor to lead the company through a new phase of growth, innovation and market leadership.”

“Obermann has expressed his interest in becoming more entrepreneurial and hands-on, so a fast-growing cable operator in the fiercely competitive Dutch market certainly offers the opportunity for thrills,” Hartley said in a statement. “Moving from a telco to a cable company is hardly a quantum leap nowadays as each competes in the same space, albeit coming from historically different perspectives.”

Hartley added that Ziggo, while it added revenues and bundled customers during its last reported quarter, also lost 27,000 digital TV subscribers. The pragmatic approach Obermann took at Deutsche Telekom “could see Ziggo on a steady path for the future.”

Obermann’s December announcement came just two-plus months after he helped negotiate the acquisition of U.S. prepaid carrier MetroPCS by DT’s T-Mobile brand. That deal recently received the approval of the U.S. Department of Justice but still has other hurdles to clear.

Also on Obermann’s plate, through his last year and into the next, was his pledge earlier this month to return DT’s sales and profits to growth by the end of 2014.

Of Höttges, Obermann said, “He is the best choice to succeed me. I cannot think of anyone better suited to continue the developments of the last few years.”

Still, Ulrich Lehner, chairman of the supervisory board of Deutsche Telkom, said he regretted Obermann’s decision to leave.
“I respect his step,” said Lehner, “even if I would have very much preferred to continue our successful cooperation.”