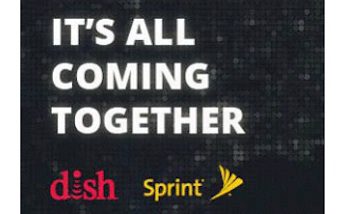 Dish Network continues to keep the question of whether Sprint will partner with Softbank or Dish increasingly interesting.

Sprint and Japanese wireless carrier Softbank penned a deal in October that gave Sprint $20.1 billion in exchange for a 70 percent share of its business. In April, satellite-TV company Dish Network interrupted the deal in its late stages, proposing that Sprint merge with it and offering a $25.5 billion incentive.

Sprint formed a Special Committee to consider the Dish proposal, while moving ahead with Softbank paperwork. Clearly not content with the attention its offer is getting, Dish took a good look at the game board and made a new move.

“Charles Ergen, chairman of Dish Network Corporation … has filed to acquire in excess of 50 percent of Sprint’s Series 1 Common Stock, through Dish Network or a wholly owned subsidiary of the company,” Sprint said in a May 6 news release.

Sprint added that it had received formal notification of the news, as required by the Hart-Scott-Rodino Antitrust Improvements Act of 1976.

“Sprint’s Special Committee, established on April 22, 2013, continues to evaluate Dish Network’s proposal and has not yet determined whether the proposal is, or is reasonably likely to lead to, a Superior Offer as such term is defined in Sprint’s existing merger agreement with Softbank,” Sprint continued, adding that it has no further comment on the topic for the time being.

“Ergen’s move shows how serious he is about getting into the U.S. mobile market with his play for Sprint; it’s another brash step to get a share of the carrier and to prove to shareholders that he means business,” Susan Welsh de Grimaldo, director of mobile broadband opportunities at Strategy Analytics, told eWEEK.

Philip Redman, a distinguished analyst with Gartner, said that the move prevents Sprint from making its decision behind a door formerly closed to Dish.

“It forces Sprint to be open about its dealings with Dish and Softbank,” Redman told eWEEK.

“Since Sprint created a committee, it makes sense that Dish would want to follow any proceedings or findings that come [of it] without having to go through a formal process,” he continued. “Dish is eager to get moving and doesn’t want to have to wait and hear from the press to see if Softbank will counter or not.”

Dish has argued that, together, Sprint and Dish could offer what no other single company currently does—streaming video content, voice and high-speed data both in the home and out.

Softbank CEO and Chairman Masayoshi Son has called Dish’s deal “incomplete and illusory,” and argued that Softbank’s offer delivers “superior value” to Sprint shareholders. That argument is also why Softbank hasn’t increased its dollar offer to Sprint, as some analysts suggested it might.

Softbank, in a May 2 filing with the Securities and Exchange Commission, said it had reached a “significant milestone” in its deal with Sprint. The SEC had “declared effective” a registration statement, giving Sprint the green light to mail stakeholders a proxy statement in advance of a June 12 special stakeholders meeting.