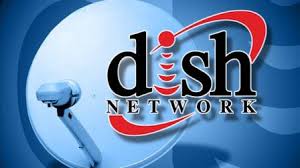 Dish Network has increased its offer to acquire Clearwire to $4.40 per share.

The move suggests a potential shift of focus, from Dish’s bid to merge with Sprint—which is also trying to acquire the approximately 50 percent of Clearwire that it doesn’t already own—back to its earlier plan to acquire the spectrum-rich Clearwire, a plan it had seemed content to back away from, had Sprint accepted its offer.

Or perhaps, if Dish is to lose out, Chairman Charles Ergen wants to make the winner really earn it.

Sprint said in a May 29 filing with the U.S. Securities and Exchange Commission that its board of directors continues to discuss and negotiate with Dish—and that its intended merger with Softbank has cleared a critical approval hurdle. After entering into a National Security Agreement with the U.S. government, the pair received the blessing of the Committee on Foreign Investment in the United States (CFIUS), moving the matter on to the Federal Communications Commission (FCC).

In addition to the approval of the FCC, the deal will need a positive vote from Sprint’s stockholders.

The near-comical maneuverings of these various spectrum-craving parties require, at the minimum, a timeline to follow.

On Oct. 15, 2012, Sprint and Japanese carrier Softbank announced a deal in which Softbank would acquire a 70 percent share of Sprint for $20.1 billion.

On Dec. 17, 2012, Sprint moved to acquire a 100 percent share of Clearwire, with a bid of $2.97 per share. The purchase of Clearwire would be a boon to Softbank and Sprint’s efforts to more aggressively roll out Long Term Evolution (LTE) technology, though Sprint’s deal with Softbank isn’t contingent on its acquisition of Clearwire going through.

Then, on April 15, Dish also made a move to merge with Sprint, offering $25.5 billion, but again with a more complicated deal than was already on the table from Softbank.

On May 21, Sprint increased its offer to Clearwire to $3.40 per share, and on May 28, Clearwire’s board of directors issued an open letter, advising stockholders—who are scheduled to meet May 31—to vote for the transaction with Sprint.

“To be direct,” said the letter, “there is no assurance that your shares of Clearwire common stock will be able to be sold for the same or greater value in the future if this proposed transaction is not approved.”

On May 29, Dish took at jab at the strengthening Sprint-Softbank deal.

In a statement, and a full-page ad in The Washington Post, Dish General Counsel Stanton Dodge called into question the security aspects of giving the majority control of a U.S. carrier to a foreign-owned company, Softbank.

The terms of the CFIUS clearance, he said, do “little to address the practical risks of national security breaches, including cyber attacks, because hacking on the broad is not often detected in the boardroom.”

Dish then seemed to refocus on Clearwire, with its May 29, late-evening announcement of its increased offer, just ahead of the Clearwire shareholders’ meeting.

“The Clearwire spectrum portfolio has always been a key component to implementing our wireless plans on delivering a superior product and service offering to customers,” Ergen said in the brief May 29 statement.

Regarding this latest development, Erik Gordon, a business and law professor at the University of Michigan, told Bloomberg, “Sprint raised Ergen’s bid by a dime. Ergen raised Sprint’s by a dollar. He’s forcing Sprint to make a big move or fold.”

Ergen, he added, “is playing some fancy poker.”