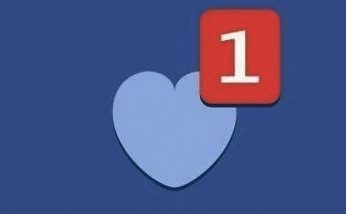 Like a third wheel on a date night, the Internet now has a front row seat to many people’s romantic lives, with more than one-third of social media users giving their account user names and passwords to the person they’re dating, according to a Valentine’s Day survey of more than 1,000 U.S. adults conducted by online privacy firm Abine.

Despite increasing privacy concerns around social media and the Web, people continue to broadcast the sultry details of their love lives to the world, which presents former couples with an added challenge after the relationship status changes and the digital detritus remains.The survey results also illustrate how intertwined real-life relationships have become with digital lives: After a breakup, most people (63 percent) said they unfriend or block their exes on social media sites, and half of those surveyed said they would untag themselves in photos with their exes.

The report found 30 percent have reviewed their partner’s browsing history and 18 percent of people have either posted revealing pictures of themselves or details of romantic encounters online. More than one-tenth (12 percent) said they’ve posted “intimate details” about their relationship online. “We all know love can make us a little crazy, so it’s not surprising that people change their behavior and might go outside their typical comfort zones,” Sarah Downey, an Abine privacy analyst, said in a statement.

Of people who post about their love lives online, the most common thing to post is relationship status (80 percent). Roughly 62 percent post the identity of whom they’re in a relationship with, 60 percent post pictures with that person and about one-third of people share their sexual orientation.

“A lot of people don’t consider the consequences of posting the details of their love lives online until it’s too late,” Downey said. “Only one in 10 people report being less concerned about the privacy of their love lives today than one year ago. The good news is that there are some basic things people can do to keep those private details private.”

The company offered five tips to keep social media sites from being the third wheel in your life on this Valentine’s Day, including keeping your password and user name to yourself, finding and removing personal information from data brokers, which have access to a wealth of information such as photos and home addresses, and managing who sees status updates and photos on social media sites.

Albine recommended that social media users revisit their settings on all accounts to make sure the Website hasn’t changed the default and exposed private information in the process. Finally, she cautioned against sharing too much personal information.

“Ask yourself if you’d be comfortable seeing the intimate details you’re posting about your love life as front page news. If not, rethink posting it,” the report advised.