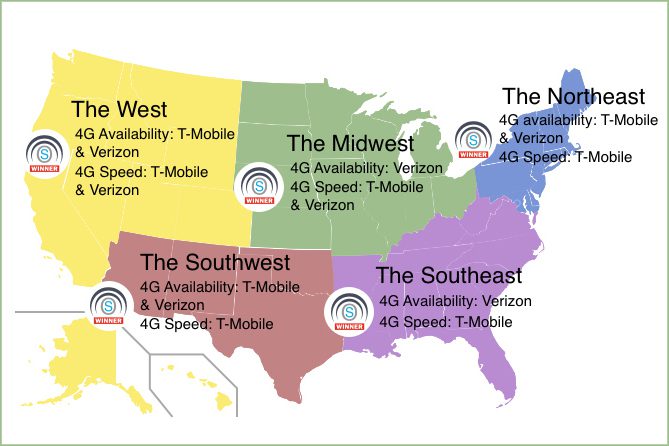 The Federal Communications Commission has announced that it’s putting on hold a $4.53 billion payout to wireless broadband providers while it investigates charges that a major U.S. carrier has overstated its wireless coverage. The FCC grants are intended to help cover the cost for wireless providers to cover thinly populated areas. The amount a carrier gets paid depends on its actual coverage, and competitors are encouraged to check each other’s claims.

Saying that his top priority is “bridging the digital divide,” FCC Chairman Ajit Pai announced that he’s launching an investigation into whether one or more wireless carriers violated the rules for receiving funding under the agency’s Mobility Fund. The Mobility Fund is intended to be used to provide high-speed internet access to rural areas.

“In order to reach those areas, it’s critical that we know where access is and where it is not,” Pai said in a media advisory. “A preliminary review of speed test data submitted through the challenge process suggested significant violations of the commission’s rules. That’s why I’ve ordered an investigation into these matters. We must ensure that the data is accurate before we can proceed.”

At Least One Carrier Wasn’t Living Up to Billing

The preliminary review of nearly 21 million speed tests appears to show that at least one wireless carrier isn’t delivering service as claimed. If the investigation confirms that, then the carrier will receive a smaller payout and could have additional consequences.

The investigation comes after the Rural Wireless Association filed a request for an investigation into claims by Verizon regarding its 4G LTE coverage. The RWA had said that a number of radio frequency engineers, along with Panhandle Telecommunications Systems, had performed a series of tests and had found that Verizon was claiming coverage in areas where the engineers could find no evidence that the company’s wireless signals existed.

The FCC is not saying specifically that it’s investigating Verizon, but the RWA requested the investigation because of its findings regarding Verizon’s claims.

[To see a larger version of the image above, right-click on it and select “View Image.”]

The FCC performs wireless speed tests around the U.S. as a way to keep tabs on how wireless providers are performing. The FCC Speed Test app runs automatically on Android devices and manually on iOS devices. The FCC uses the results of the tests to determine the quality of wireless coverage.

Volunteers download the apps from their respective app stores and then run them. The FCC considers the Android version of the app to be more useful because it runs randomly, providing details on the carrier, the quality of the connection and the location.

“It should be noted that manual testing can lead to biased results when performed only at specific times or places and may provide a less-accurate picture of overall broadband performance,” the FCC said in its testing notes.

The FCC investigation undoubtedly will include dispatching engineers to locations where the test data didn’t agree with what was claimed in applications for the Mobility Fund. The chances are pretty good that the agency’s engineers will corroborate the test findings, if only because of the findings in the challenge process.

The challenge process allows competing companies to check the performance claims of the others. In this case, the Rural Wireless Association was working on findings from its member companies that disputed Verizon’s claims of coverage. However, the FCC’s statement indicates that the agency may be investigating the claims of multiple companies, and if that’s the case—and if the FCC finds widespread cheating on coverage claims—the result could be a larger problem for the wireless industry.

Coverage claims, and the resulting coverage maps that each carrier provides to potential customers, are supposed to provide an accurate picture of where a potential customer can expect to have coverage. If you’re trying to decide what carrier you want for your business or, more important, whether to locate an office in a specific location, then knowing about wireless coverage can be critical.

Signals Can Change Due to Weather

However, wireless coverage, especially in the microwave bands where much of today’s 4G and tomorrow’s 5G communications will take place, can be highly variable. Especially at the highest frequencies where the greatest bandwidth exists, signals can change with the weather, with vegetation growth and other factors that make communications at the fringe something of a guessing game.

If Verizon or the other companies being investigated published their coverage claims without actually checking whether they were true, then it wouldn’t be particularly surprising to find that they’re wrong. In fact, if the companies actually performed testing at one time of year—perhaps winter—then coverage at other times could also be wrong simply because of something as simple as leaves growing on trees.

At this point, it’s impossible to say what the outcome of the FCC investigation will be, but the fact that it’s going on provides an important lesson for your business. Whether you’re planning to open an office or move to a new location, one of the factors that requires diligence on your part will be high-speed wireless coverage. And it can’t just be the existence of some coverage at some level; it needs to be strong, reliable coverage under a variety of weather conditions, at various times of year, and in a large number of locations in and around your proposed location.

My suspicion is that the FCC will find that one or more carriers listed their coverage according to what was theoretically possible but didn’t base those claims on actual test results. Unfortunately, real wireless coverage demands real results, and that’s what the FCC is demanding.