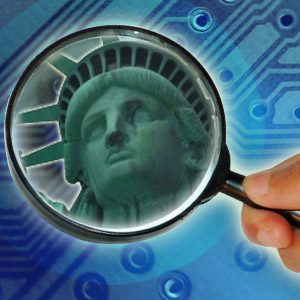 The German government has announced that, in light of various threats to its networks, it is reorganizing its information and communication structures, which will include ending its contract with Verizon.

The announcement was a clear indication that the practices of the National Security Agency (NSA) are impacting American technology companies’ profits—and credibility. Executives including Cisco Systems’ CEO John Chambers called on President Obama to rein in the NSA, following reports that the agency is intercepting shipments between manufacturers and customers and inserting surveillance technology.

A Google-translated version of the German-language announcement specifically pointed to NSA practices and the demands it puts on companies.

Verizon worked to squelch such fears in a January post on its Policy Blog, in which it pointed out that its 2013 Transparency Report shows it received zero demands from the United States for data stored in other countries.

“Although we would not expect to receive any such demands, there are persistent myths and questions about the U.S. government’s ability to access customer data stored in cloud servers outside the U.S.,” said Randal Milch, Verizon’s general counsel and executive vice president of Public Policy, Law & Security.

“Now is a good time to dispel these inaccuracies and address the questions, which have been exacerbated by the stream of news reports since last June about national intelligence activities in the U.S. and elsewhere.”

Since as early as 2006, Verizon had denied providing records to the NSA. In a May 16, 2006, statement, Verizon said that the most “glaring and repeated falsehood” reported by the media was that after the terrorist attacks of Sept. 11, 2001, it was approached by the NSA and entered into an arrangement to provide data from customers’ domestic calls. “This is false,” Verizon said.

Court orders issued to Verizon, and leaked in June 2013 by former NSA contractor Edward Snowden, show that the NSA forced Verizon to provide it with the metadata from some calls placed between two callers in the United States.

Later in 2013, additional Snowden-leaked documents revealed that the U.S. had spied on the personal mobile phone of German Chancellor Angela Merkel. (She later showed off a newly fortified BlackBerry Z10.)

The German government’s announcement added that it has alerted Verizon that it will “gradually no longer take advantage [of its services].”

Detlef Eppig, managing director of Verizon Germany, told eWEEK in a translated statement with a link to the January blog post, “Verizon Germany is a German company and we comply with German law. We have outlined our position on the inability of the U.S. Government to access customer data stored outside the U.S. in our policy blog.”

The view the German government has taken, Steve Durbin, managing director of the Information Security Forum (ISF) told eWEEK, is that “Verizon is Verizon. And to a certain extent, you would find that hard to disagree with. Verizon says Verizon Germany is a separate entity, well, it’s not … Verizon would have to give information if the U.S. government requests it.”

That said, Durbin added, “Ultimately where you have to go with this is, you either have to be accepting of the fact that some of your information may be intercepted by third parties, or we have to stop doing business. The latter is a little extreme. But it shows the tone in Germany right now.”