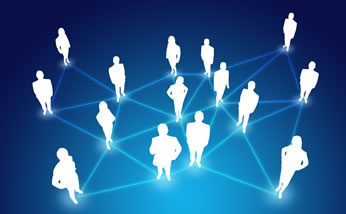 Google Fiber has chosen Provo, Utah, as its latest target community for its high-speed Internet and cable television services.

The announcement comes just eight days after Google unveiled its plans to bring Google Fiber to Austin, Texas. The Provo project would be the third U.S. community to get Fiber service so far since introducing the project in 2010.

“Utah is already home to hundreds of tech companies and startups, and many of them are based in Provo,” wrote Kevin Lo, general manager of Google Fiber in an April 17 post about the latest Fiber project on the Google Fiber blog. “In fact, the Provo area ranks second in the nation in patent growth, and is consistently ranked as one of the top places to live and do business in the U.S. We believe the future of the Internet will be built on gigabit speeds, and we’re sure the businesses and residents of Provo already have some good ideas for what they’d build with a gig.”

So far, though, the proposed project isn’t yet finalized. Provo City Council will vote on the measure April 23, wrote Lo.

In the meantime, Google Fiber has signed an agreement to purchase iProvo, an existing fiber-optic network owned by the city, which would be upgraded to gigabit technology and extended to additional Provo neighborhoods to connect more residents to the service, he wrote.

Provo Mayor Kevin Curtis lauded the proposed project on his own blog, saying that the agreement, “if ultimately approved by the City Council, means Provo will be one of the first cities in the world to have universal Internet connectivity in nearly every home.”

The proposed agreement with Google Fiber would help Provo solve existing problems with its iProvo services, and give the community “the technical know-how to operate a viable high-speed fiber-optic network for Provo residents,” wrote Curtis. “Under the agreement announced today, Google Fiber is committed to helping Provo realize the original vision. If the deal is approved, Google Fiber will offer free [5M-bps] Internet service at approximately the same speed you have now at home. The value of that one element alone cannot be overstated—nearly every one of Provo’s 115,000 residents could soon have free Internet access in their homes for at least seven years.”

Service would, however, be subject to a one-time $30 activation fee.

Google Fiber would also upgrade the existing iProvo network to Gigabit technology, which would provide Internet access at speeds up to 100 times faster than today’s average broadband speeds, according to Curtis. “The company will also finish network construction along the existing network and provide free Gigabit Internet service to 25 local public institutions, including schools, hospitals and libraries.”

Construction of the iProvo municipal network began in 2004, but by 2011 a partner was being sought to take over the stalled system, according to Lo. “We’re committed to keeping their vision alive,” he wrote.

Google’s first Fiber deployment in the United States has been happening in Kansas City, Kan., and Kansas City, Mo., where the company has been unveiling Google Fiber since the fall of 2012, with plans to go national in the future. Last December, Google announced that five more neighborhoods in Kansas City would be getting its fiber services. Installation of the fiber network in the Kansas City area began in February 2012, when the laying of fiber cable got under way.

In the recently announced Austin Fiber project, Google says it plans to start connecting homes there by mid-2014. Customers there will have a similar choice of products that are being offered in Kansas City, including Gigabit Internet or Gigabit Internet plus Google Fiber TV service with nearly 200 HDTV channels.

Early results from the Kansas City rollout have been promising for Google Fiber based on Internet speed ratings reported by Netflix each month. Based on the small but growing deployment Google Fiber has in Kansas City today, the service is ranked No. 1 for Internet speeds across the nation, compared with competitors, according to the Netflix numbers. Google Fiber is listed at 3.45M bps average speed, compared with 2.39M bps for its nearest rival, Cablevision Optimum.

In January, rumors were flying that New York City would get its own Google Fiber installation, but the rumors turned out to be quite wrong. Instead, the city was targeted for a free outdoor WiFi network in the southwest section of the Chelsea neighborhood in Manhattan, where Google has its New York headquarters. The system will encapsulate the first Google-served neighborhood in Manhattan and will be the largest contiguous WiFi network in New York City, according to Google.