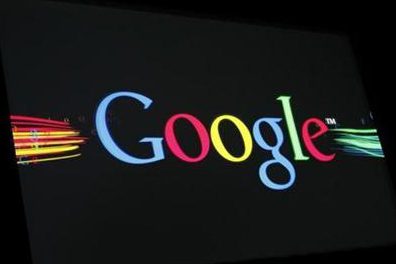 SAN FRANCISCO—Google does a great many things, with some of its products and services receiving a lot more visibility than others. But many people do not realize it also provides a large number of networking tools and services for applications running in its cloud.

At Google Platform Connect, an offshoot of its highly popular Google I/O conference, the huge Web services and products company poured out a long list of new connectivity tools and services for enterprises to go with new, substantially lower pricing scales.

For Web and application developers, the company introduced Google Container Engine and Firebase Mobile Solution; it also updated some features for its existing Compute Engine and App Engine. These all became available Nov. 4.

“At Google, we think that networking really is an area of differentiation,” Morgan Dollard, Google Product Lead for Cloud Networking, told eWEEK. “It’s core to how we run our other businesses, and we’ve been investing in it for a little over a decade. We continue to invest to make our network better … and we continue to externalize it for our cloud platform customers.”

And externalizing all this IT they are. Google seems to be turning out as much software and tools lately as Hershey is making chocolate bars.

Here are some details:

–Direct Peering, a fast network pipe directly to Google with over 70 points of presence in 33 countries around the world;
–Carrier Interconnect, with which users connect to Google through seven new carrier partners, including Verizon, Equinix, IX Reach, Level 3, TATA Communications, Telx, and Zayo; more partners are in the works;
–VPN Connectivity: This is hardly a new type of product, but Google hasn’t offered it before now. VPN will become available in December so users can have their own secure lines directly to Google over the public Internet.

The Andromeda software virtualization stack for networking and orchestration across the Google Cloud platform, released last April, has been upgraded in v1.5 for performance in terms of throughput and numbers of connections per second, Dollard said.

“We’re pretty much doubling the performance of our 8-core VM, as far as networking throughput is concerned, and if you go back to before we announced Andromeda 1.0, the increase is about 5X — which we think is huge,” Dollard said. “We think this is industry-leading at this point.”

What has caused all this new speed: faster chips, better pipes, leaner code?

“Actually, the answer is none of those. We’re not making any changes to our CPUs or to the amount of bandwidth available — these are all software-based improvements,” Dollard said. “By having our own SDN (software-defined networking) staff and being able to continually iterate on it, we’re able to pool our functions use things like NFV (network functions virtualization) to pull out certain aspects of the packet-processing stages, and optimize for the cloud platform use cases.”

SDN and NFV have become the hot topics in a networking market that is seeing growing demand for infrastructures that can scale and are more automated and programmable than the traditional hardware-based environments. SDN essentially removes the network intelligence from the underlying physical infrastructure—such as complex and expensive switches and routers—and houses it in software-based controllers. Virtualized networking functions—from load balancing to firewalls—are available as software applications.

Google Container Engine, in alpha release, is a fully managed service for building and running Docker container-based applications. Google positions it as a combination of fast booting, efficient VM hosts and tightly virtualized network integration to run container-based applications. It is based on the open source Kubernetes project and runs on Google Compute Engine virtual machines.

–Richer Realtime Queries is now available. Mobile developers now can sort and filter their Firebase data by arbitrary fields, making Firebase apps faster and easier to build.
–Triggers, which will become available later this year, enables developers to define webhooks that are sent to external APIs when certain conditions are met.

As is trendy in the cloud services world, Google also announced some price cuts, reiterating its statement that “we have an enduring commitment to passing along the savings we receive from Moore’s Law to our users.” That’s apparently the reason that prices have been reduced on network egress (47 precent), BigQuery storage (23 precent), Persistent Disk Snapshots (79 precent), Persistent Disk SSD (48 precent), and Cloud SQL (25 precent).

–Managed VMs moves into beta and adds auto-scaling support, Cloud SDK integration and support for runtimes built on Docker containers;
–Google Cloud Debugger becomes publicly available in beta. Cloud Platform customers thus no longer have to hunt through logs to guess what’s going on with their services;
–Google Compute Engine Local SSD is being released in beta for customer VMs to use as a high-performance scratch disk or to back replicated databases. Local SSD is fast, offering up to 680,000 read IOPS or 280,000 write IOPS;
–Google Compute Engine Autoscaler is launching in beta; it automatically grows and shrinks a fleet of VMs based on metrics our customers define.