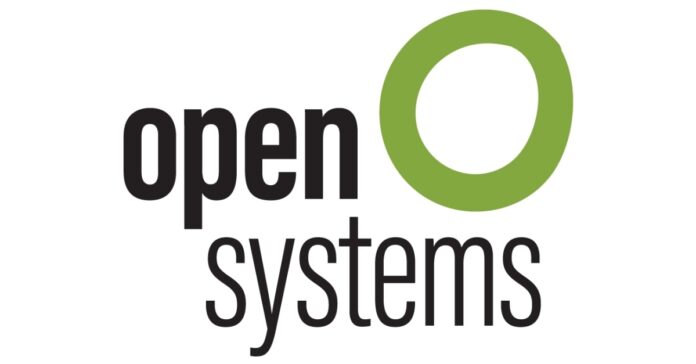 Software-defined WANs (SD-WANs) are moving out of the early adopter phase into mass adoption. To date, the majority of deployments have been by organizations that lean toward a do-it-yourself model. These are typically technically advanced organizations willing to assume some risks and bumps along the way to be first to market. Including SD-WAN, this will comprise about 25% of all companies.

SD-WANs are high on value but also high on complexity

Now that the technology has proven itself, most of the other 75% are looking to evolve to an SD-WAN. In fact, ZK Research found that only 6% of companies have no plans to deploy an SD-WAN by 2023, meaning there is a big swell coming. However, while SD-WANs provide better economics and greater network automation and agility, the harsh reality is that SD-WANs are significantly more complicated than legacy WANs. With the old MPLS-based hub-and-spoke network, the architecture and deployment model was a fairly cookie-cutter one.

With SD-WANs, network engineers need to think about split tunnels, choice of transport, end-to-end visibility and security. The last item, security, has been and remains the top concern when deploying an SD-WAN. Another factoid from ZK Research found that 41% of organizations cite security as the biggest impediment to evolving to the new network model, outpacing performance by a factor of two.

It makes one ponder: If only there was a way to evolve to an SD-WAN while minimizing the risks. That’s the mission of SD-WAN vendor Open Systems.

While not the best-known networking vendor, Open Systems has been in business since 1990, making it one of the most established SD-WAN solution providers–although the term “SD-WAN” certainly wasn’t used in the early ‘90s. I recently visited them in their Redwood City, Calif. location and left with a positive view of the company’s capabilities and near-term outlook.

When the company was founded in Switzerland, it focused on providing managed security services to primarily Swiss-based and other European companies. Its marketing was limited to primarily word of mouth from one CIO to another. As the WAN market evolved from the legacy model to a software-defined model, the organization saw an opportunity to marry the transport side of SD-WAN with its expertise in security and subsequently offer a secure SD-WAN. Today it has well over 6,000 sites under full management that come from about 300 customers.

Security at the heart of Open Systems Strategy

The need to secure SD-WANs is certainly nothing new because almost every vendor is trying to bring the two together in a complete offering. The challenge is that most of the SD-WAN vendors have a strong network background and security is done through partnerships or as a bolt on. Think of these companies as being big “N” (network is core competency) and little “s” (security as an add on).

Recently, there has been an increase in security companies tossing their hats in the SD-WAN ring. Most of these companies don’t have a tremendous amount of capabilities in the network around and can be thought of as little “n” (networking as an add on) and big “S” (security is core competency). Open Systems cut its teeth in security based on its sophisticated network capabilities. The biggest proof point to this is that it offers services in more than 180 countries. (By contrast, the United Nations numbers 193 nations in its General Assembly.) The challenge of delivering a seamless experience across the global does require a strong network acumen.

During my visit I did get a chance to chat with newly appointed CEO, Jeff Brown, who has been on the job for a mere three weeks. Given the crowded nature of the SD-WAN market, I asked him what excited him about Open Systems specifically. He told me that it was a combination of having the most mature platform on the market and the massive addressable market. What really blew him away, though, was the low customer churn, because Open Systems customers tend to love the vendor, which is a rarity in the communications industry.

‘As a service’ and lifecycle differentiates Open Systems

There are two main differentiators in the area of security for Open Systems. The first is that all the services are delivered via an as-a-service model from the Open Systems cloud. Most of the network-centric SD-WAN vendors partner with one or more security vendors and offer either physical appliances or virtual services in a network functions virtualization (NFV) model. Open Systems secures the business from its cloud, making it easier to scale and to secure locations that are geographically challenging to get equipment to.

The second difference is the lifecycle approach to security. Open Systems has a broad range of features, including traditional network services augmented with CASB, threat intelligence, e-mail security and EDR. In addition, the Open Systems platform enables IT teams to minimize orchestration and management of security applications that can be taxing on security teams and lead to breaches. This is done via the following:

This approach by Open Systems brings customer many benefits. There are the obvious ones of cutting costs and increasing network agility, which are core tenets to SD-WANs. However, the Open Systems platform approach should let customers step on the gas with respect to digital transformation initiatives. Typically, when a business is deploying a new service or technology, security is done afterward, and this can often slow down the deployment. Because security is intrinsic in the Open Systems solution, any service or application that runs over the network will gain the benefits of the security underlay, enabling companies to be aggressive with new initiatives while minimizing risk.

SD-WAN is a hot topic and on the short list for almost every business. Choosing a vendor is tough as the range of what’s offered is so broad. Open Systems is worth a look as it’s solution is built on equal parts of security and networking and delivered as a cloud based managed service. Even though the vendor’s name recognition is low in North America, it does have a great track record in Europe so we should expect to see more of them here soon.