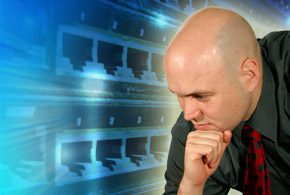 LAS VEGAS—Aruba Networks officials are pushing more artificial intelligence and machine learning capabilities out to the network edge so it’s closer the cloud and more accessible to mobile and internet of things devices.

When Hewlett Packard Enterprise bought Aruba in 2015 for $3 billion, the idea was to bring together Aruba’s expertise in wireless networks with HPE’s deep experience with wired networks to give the combined company a more complete network story. Over those years, Aruba has become an essential driver of HPE’s edge computing efforts. It announced enhancements to those capabilities at its Atmosphere 2018 show here March 27.

Aruba’s latest offerings will leverage artificial intelligence (AI) and machine learning technologies in such areas as data analytics and network security. In his keynote address at the event, Keerti Melkote, co-founder and president of Aruba, introduced NetInsight, which utilizes AI capabilities to help monitor mobile and internet of things (IoT) devices to give enterprises greater visibility into what is happening on their networks.

NetInsight captures data from an array of sources, including network controllers, access points, servers and Aruba’s AirWave network management and ClearPass access management systems to deliver everything from network benchmarking to anomaly detection and WiFi scoring.

The new offering is part of Aruba’s larger Mobile First Architecture, a platform that includes infrastructure and software from both HPE and Aruba and an ecosystem of partners and developers that is designed to securely support mobile and IoT solutions. It is based on technology Aruba inherited when it bought Rasa Networks two years ago.

Aruba is getting even more AI capabilities through HPE’s acquisition of Cape Networks, which will become part of the networking unit and will bring with it a sensor-based tool that leverages AI to give organizations the ability to monitor and measure software-as-a-service (SaaS), application and network services.

NetInsight and the Cape Networks deal give Aruba and its customers a more complete view of the network, Melkote said. While NetInsight will continuously monitor the network and send results back to organizations—pointing out anomalies or other issues that arise—the technology from Cape Networks will give those companies a view from the user perspective.

“What the network is seeing is controlled by NetInsight,” he said. “But we want to also provide [a view] of the user experience.”

With the Cape offering, sensors are installed in the network to enable systematic tests of the performance of applications and services that users typically use in both the cloud and on-premises, Melkote said. The system then reports on what users experience when they’re on the network.

Melkote also talked about IntroSpect, a user and entity behavioral analytics (UEAB) technology acquired last year when Aruba bought Niara that uses machine learning algorithms to detect changes in the behavior of users and devices on the network that reveal evidence that a cyber-attack is underway.

The tens of billions of intelligent IoT devices that are expected to connect to networks in the coming years expands the attack surface that companies have to guard against. The increasingly targeted attacks that are hitting enterprises increase the challenges associated with securing modern networks in highly distributed environments.

Making greater use of machine learning

Utilizing machine learning gives businesses another tool to defend themselves, according to Aruba executives. Larry Lunetta, vice president of security solutions marketing for Aruba who came to the company via the Niara deal, told eWEEK that the startup had dozens of customers before the acquisition, and that Aruba has plans to expand the role of IntroSpect in its portfolio.

IntroSpect essentially works as an internal firewall, watching what’s going on in the network and signaling to the ClearPass network access controller to react to an anomaly, Melkote said.

Almost every major tech vendor is building out their edge computing portfolios. The growth of the cloud and the rise of mobility, IoT and data analytics are fueling the drive to push more compute, storage, network and software resources closer to the devices that are generating massive amounts of data that must be collected, processed, stored and analyzed.

The value of that data comes from the insights that can be derived from it in as close to real time as possible. However, the bandwidth and latency costs are too high to send all of the data from the connected devices or networked systems back to a central data center for analysis.

Much of that work needs to be done closer to the source, especially when talking about such systems as autonomous vehicles. IDC analysts are predicting that by 2020, spending on edge computing will become 18 percent of the total spend on IoT infrastructure.

TendForce analysts in January forecast that revenues for edge computing products and services will grow annually by more than 30 percent between now and 2022.

Aruba’s Melkote said the next generation of infrastructure architecture will be “edge-centric,” adding that Aruba is “going to be bringing … real-time experience to the edge.”

The work Aruba is doing around expanded networking monitoring and security feeds into its efforts to help create smart digital workplaces that are mobile-first, he said.  To that end, the company is announcing almost a dozen new third-party applications for its smart digital workplace efforts, from real estate companies such as CBRE and HermanMiller and lighting and space management firms such as Lunera and SpaceIQ to Microsoft Teams and Zoom for collaboration technology and Teem and Robin for visitor registration and room reservation.