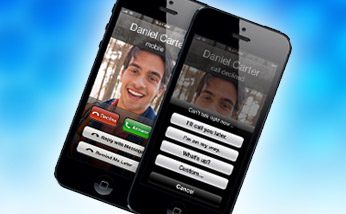 The Apple iPhone 5 continues to make headlines, this time for a software glitch that caused some Verizon Wireless subscribers to too-quickly and wrongly face data overage fees. While their phones were connected to WiFi networks, they continued to pull data over Verizon’s cellular network.

Within days of the iPhone 5’s arrival, users began complaining about the issue on Apple device forums.

“Tonight I connect to wifi, and decided to run a long video on youtube,” wrote a user by the handle nickmccally Sept. 26. “The ENTIRE TIME connected to wifi. I get a txt message saying I used 1gb of data in ONE day!!! (from verizon)”

Another forum user, rcpiercy, posted, “There are massive chunks of data on my pre-bill statement that are time-stamped when I am at home or school connected to WiFi.”

More of the same came from forum user cmbbba. “Having massive data usage also on VZW. Even with being on wifi all day … Wonder if issue is on Apple side or VZW?”

Apple answered that question Sept. 30, issuing a software fix that was pushed out to iPhone 5 devices.

“This carrier settings update resolves an issue in which, under certain circumstances, iPhone 5 may use Verizon cellular data while the phone is connected to a WiFi network,” Apple said on its Support site, offering instructions for installing the update.

The glitch was being noted as the iPhone 5 arrived in 22 additional countries and Apple CEO Tim Cook issued a rare apology for another problem plaguing the iPhone 5 via its iOS 6 operating system. With the Maps app that replaces Google Maps in iOS 6, Apple “fell short” on its commitment to deliver the best experience possible, Cook said in a letter posted to the company’s Website.

“We are extremely sorry for the frustration this has caused our customers and we are doing everything we can to make Maps better,” Cook continued, adding that more than 100 million iOS devices are now using the new Apple Maps, which should help matters—though not at the speed of its Verizon-related software fix.

“The more our customers use our Maps, the better it will get and we greatly appreciate all of the feedback we have received.”

Within three days of the iPhone 5’s Sept. 21 release date, Apple sold more than 5 million of them, it shared in a Sept. 24 statement. By the end of the year, it added, the iPhone 5 will be in available in more than 100 countries.

In another rare move, Cook suggested that, while Apple works on Maps, users should check out solutions from Apple’s competitors.

“You can try alternatives by downloading map apps from the App Store, like Bing, MapQuest and Waze,” wrote Cook, “or use Google or Nokia maps by going to their Websites and creating an icon on your home screen to their Web app.”