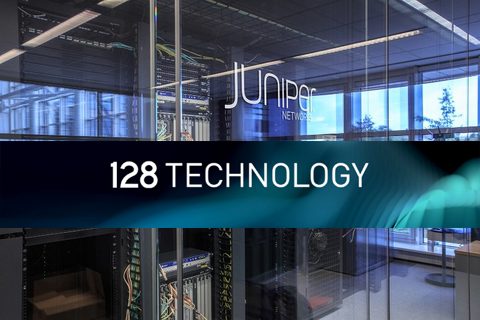 Juniper Networks announced early on Oct. 19 its intent to acquire SD-WAN vendor 128 Technology for $450 million. The acquisition is expected to close in Juniper’s fiscal fourth quarter. This may seem like a strange acquisition since Juniper already has a best-in-class SD-WAN solution, but the Massachusetts-based company has taken a different approach to network transformation.

Most of the SD-WAN vendors, Juniper included, use network information to make decisions. This makes sense given the “N” in SD-WAN is network. However, as power, ubiquitous and all connecting as networks are, making decisions with network data as the only source can lead to suboptimal decisions.

For example, it’s easy to understand if there’s a network outage that all the applications that traverse that connection will be unavailable to users. A harder problem to solve is if having intermittent or problems that don’t create an outage, how that’s impacting the user experience of specific applications. For example, a network with a high amount of latency can impact real-time services such as voice and video but not non-real time like email. This is why network managers often say their network dashboard is green but users still complain about problems.

This is where 128 Technology has excelled. The company does something called session routing to build service fabrics that change the way networks run. The session approach replaces the traditional network centric tunnel-based overlay with a service-based routing approach with distributed control. The 128 Technology approach makes network decisions with user-level information instead of network data simplifying network architecture, making it easy to secure and optimize.

The usage of session information to change network behavior is what the 128 Technology team has done better than anyone for almost two decades. The founders of the company, including CEO Andy Ory, also founded Acme Packet, which made a product called a “session border controller” that uses session information to make decisions on how traffic moves on voice networks. Acme was a wildly successful organization that eventually was acquired by Oracle. With 128 Technology, the company is doing something similar but using the session data to change the way routing works; the track record of success for Ory and team continues as they are now taken out by Juniper Networks.

However, as is the case with most things in life, there is no absolute answer to networks. Ideally, the ideal scenario would be to combine the user centric session information with the rich, real-time network data provided by Juniper infrastructure. That would enable the SD-WAN to make changes based on a combination of user experience and network information. Now if an application is performing poorly, changes can be made to the network to improve performance. It’s important to understand that it’s not outages here that 128 Technology can identify, but things that aren’t quite right, and that’s a bigger problem today.

A good analogy is to consider a road system. If there’s an accident and a highway is blocked, it’s an obvious decision to route traffic around the outage. But what if there are a series of oversize vehicles heading to a construction site that are moving slow just prior to rush hour? If the road system were smart enough, it could post warnings well ahead of time that problems will occur and to seek alternate routes. This would have the strongest likelihood of keeping things running smoothly.

Road systems aren’t that smart, at least not yet. Google Maps though does track a number of metrics and does have some basic prediction capabilities through the use of artificial intelligence. This is what Juniper is trying to do. Last year the company acquired AI provider Mist Systems, which uses machine learning to improve WiFi networks. Juniper has taken the Mist technology and applied to the WAN. This is a trend that I predicted earlier this year when I started using the term “AI-driven WAN,” where AI and SD-WAN would come together. Earlier this year, managed service provider Masergy launched its AI-driven WAN offering, which combined its AIOps expertise with its manage SD-WAN solution. Earlier this month, Juniper posted this Tech Field Day video introducing its AI-Driven WAN.

The acquisition of 128 Technology will bring application data into Mist that will add another layer of intelligence. While many, myself included, view AI to be the most powerful technology force since the birth of computing, it’s only as good as the data fed into it. There’s an axiom in data sciences that states good data leads to good insights, and that’s certainly true, but it stands to reason that better data will lead to better insights. The user-centric session gives Juniper the ability to look at both sides of the SD-WAN coin.

Most think of Juniper as a network company, but in actuality, when it purchased Mist and committed to making it the foundation of its network strategy, it became an AI company.

128 Technology is a great acquisition for Juniper because it gets some great technology and people, but more importantly, also gets a rich set of data to make Mist even smarter.