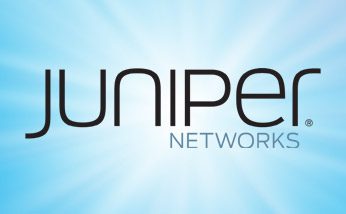 Juniper Networks is bulking up its software-defined networking (SDN) capabilities by buying startup Contrail Systems, a company that was founded earlier this year and had yet to make it out of stealth mode.

Juniper reportedly will buy Contrail for $176 million, enabling it to bring the work Contrail had done in developing a network compiler into the fold.

Bob Muglia, executive vice president of Juniper’s Software Solutions Division, said in a Dec. 12 post on Juniper’s corporate blog that the networking company had been an early investor in Contrail, and now wants to bring it into the Juniper fold. Muglia said he expects the deal to close by the end of the month.

“With this acquisition, Juniper gains SDN technology that augments our portfolio of products and services,” Muglia wrote. “As a strategic investor earlier this year, we recognized the inherent advantages of Contrail Systems’ architectural approach, and we are excited to take this next step to acquire and combine Contrail Systems into our team.”

Less than a year old, there is little on Contrail’s Website to indicate what the company was working on. However, executives at the startup, in an interview with the Website Light Reading in November, said the company was developing a compiler for SDNs. Essentially, the compiler is designed to make it easier for businesses to configure and run their networks, Kireeti Kompella, a former Juniper official who made the move to Contrail in September, told Light Reading.

Network administrators would tell the Contrail software how they want their networks to look and run—such as who can have access and which services should run on the network—and the software would do the work of programming the networking appliances and hardware—such as switches and routers—based on the parameters determined by the network administrators. That work can be done leveraging the OpenFlow protocol or other, more traditional routing protocols, Kompella told Light Reading.

Such automation is a key part of the promise of SDN, which has gotten a lot of attention from vendors within the industry as well as businesses over the past year. Currently, most of the networking tasks—such as directing traffic to minimizing latency—are done within expensive and complex hardware, including switches. SDN offers the promise of moving those tasks out of the switches and into software-based controllers, allowing for greater flexibility, programmability and scalability of networks while driving down the overall operating costs.

Established firms like Cisco Systems and Hewlett-Packard are running out SDN solutions, while a growing number of startups are coming into the space with solutions of their own. Juniper has done some work in this area, including bringing OpenFlow into the software developer kit for its JunOS network operating system.