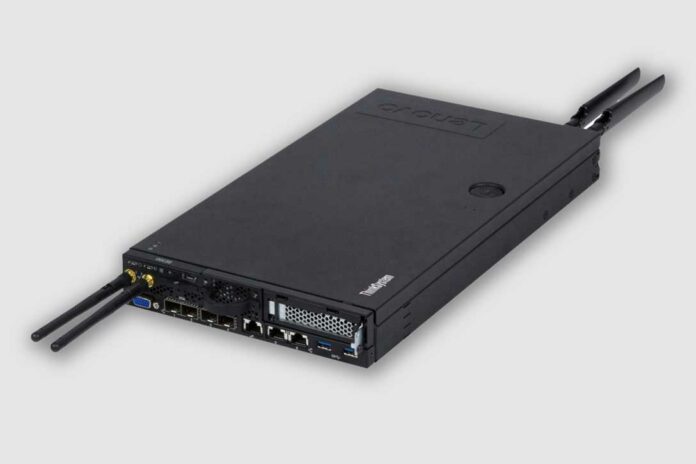 Lenovo officials are putting the company’s edge computing and internet of things portfolio on display this week at the Mobile World Congress show in Barcelona, Spain, including unveiling a new small form-factor ThinkServer system designed to bring processing and storage capabilities closer to where data is increasingly being created.

At the same time, the system OEM is showing off some of the fruits of partnerships with such vendors as VMware, Scale Computing, Pivot3 and Orange around edge computing, smart cities and other IoT areas for both enterprises and telecommunications companies.

The presence at the MWC event in Barcelona illustrates Lenovo’s efforts in a fast-growing part of the industry as the idea of what a data center is continues to morph, stretching beyond a company’s traditional firewalls out to the cloud and the edge. Edge computing is loosely defined as occupying the space closest to the rapidly increasing number of intelligent, connected devices hooking into the network.

More and more data is being created by these devices, which can range from tiny sensors and smartphones to industrial systems, smart cities and autonomous vehicles. Sending data from the edge back to a central data center or into the public cloud can be costly and increase latency, so an option is bringing the compute and storage capabilities to the edge to collect, process, store and analyze the massive amounts of data being generated there.

Kirk Skaugen, executive vice president and president of Lenovo’s Data Center Group, said in a media advisory that “there is tremendous opportunity to help customers realize the power that edge computing can bring to their organizations. We’ve made significant focused investments in our IoT and Telco offerings over the past year with several strategic partners, enabling connectivity from edge to data center.”

Most data center tech companies are making the cloud and edge key parts of their investment strategies and product roadmaps. Hewlett Packard Enterprise President and CEO Antonio Neri said last year that his company was investing $4 billion over four years to develop edge technologies and services. Lenovo is making the edge a focus of its Data Center Group, which in the last three months of 2018 reported its fifth consecutive quarter of profit growth after a 31 percent revenue increase, to $1.6 billion.

A report from MarketsandMarkets is predicting that the edge computing market will grow 35.4 percent a year between 2017 and 2022, when it will hit $6.72 billion.

Lenovo’s ThinkSystem SE350 (pictured), which will be released in the summer, is a server that officials said is only slightly larger than a ThinkPad notebook. It’s half the width and shorter than a traditional server, which they said enables it to be deployed in small space, mounted on a wall, put into a rack or placed on a shelf. It also has the processing and storage power to run analytics on data at the edge, powered by an Intel Xeon-D chip with up to 16 cores, 256GB of RAM and 16TB of internal solid-state storage.

It’s also rugged enough to run in temperatures ranging from 0 to 55 degrees Celsius and handle dust and vibration, such as construction sites and manufacturing operations. The ThinkServer SE350 supports both WiFi and LTE connectivity and, given the amount of data that will be stored and processed at the edge, also includes software for encrypting data.

Lenovo officials also are highlighting offerings that are coming via partnerships. They include an infrastructure solution for retail stores created with Scale Computing that enables customers to build mini data centers with enterprise-class capabilities.

In addition, Lenovo is partnering with Pivot3 in developing video- and security-based offerings for smart cities and campuses, some of which will be demoed at MWC. The OEM also is partnering with VMware on what officials have dubbed “Project Dimension,” which will provide infrastructure as a service (IaaS) via a hyperconverged appliance for on-premises environments, including at the edge. The companies have a pilot underway for the project.