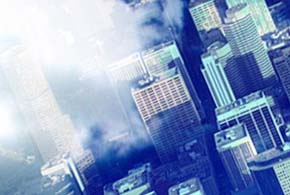 London and Bristol have been named the U.K.’s top smart cities in a study commissioned by Huawei, highlighting the use of digital technology in the development of everything from transport to refuse collection.

Nottingham and Sheffield rounded out the top ten, being named “challengers” in the study, which was carried out by Navigant Consulting.

The report made note of London’s congestion charge and the London Datastore and the “Bristol Is Open” project that brought together the University of Bristol, Bristol City Council and industry partners to form a city-wide network for fostering innovative schemes.

Birmingham was praised for its plans to encourage technology trials in the eastern parts of the city, while Manchester was commended for its Internet of things (IoT) demonstration project.

Glasgow received credit for projects developed as part of a Future Cities Demonstrator program and Milton Keynes for its autonomous vehicle trials and its MK:Smart IoT collaboration between the Open University and other partners.

Central government has played a key role in developing smart city projects through its Future Cities and IoT demonstration programs, which provided seed funding for several projects in the top cities, Huawei said, adding that such initial efforts need to be carried forward.

“While the establishment of the Future Cities Catapult has ensured continuity of interest, important questions are raised regarding the need to bridge the gap between funding for demonstration projects and full-scale commercial deployments,” said the company.

The government launched its first Connected Digital Economy Catapult hub in London in January of 2012 aiming to help U.K. businesses benefit from the pervasiveness of digital services, and the Future Cities Demonstrator fund followed later that year.

Digital Catapult and Future Cities Catapult last year backed the opening of IoTUK, which aims to boost the number of advanced IoT technologies and services in businesses and public-sector organizations.

Future demonstration projects must have a strong emphasis on measurable outcomes and sound business cases, as well as encouraging wider collaboration between cities, the company said.

The study highlighted the importance of leadership and vision, a need to focus on cities’ local priorities and strengths, the importance of community engagement, building local partners and the need to better understand how data can improve services, according to Huawei.

“Smarter use of data and technology drives growth and delivers a better quality of life,” said Ed Vaizey MP, minister of state for culture and the digital economy, speaking at a launch event in central London. “The Government strongly supports the Smart Cities sector, through the Future Cities Catapult and the Internet of Things City Demonstrator program.”

“The message from our research is that more city leaders need to embed the idea of smart capabilities into their urban projects,” added Eric Woods, research director at Navigant Consulting, who led the study. “Cities and central government also need to work together to ensure successful pilot projects are turned into scalable projects that benefit all citizens.”