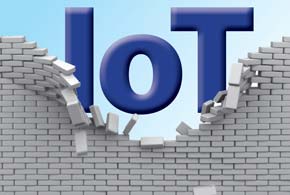 Microsoft and Adafruit, an online community, e-commerce shop and resource site for makers, have teamed to offer the Windows IoT Core Starter Kit.

Based on the popular Raspberry Pi 2 computing board, the bundle is intended to help developers and hardware hackers interested in building Internet of things (IoT) solutions get a jump-start on their projects. Available at the Adafruit store for $114.95, the kit “includes a compatible set of sensors, electronic parts, wires, and cables that have been verified to work with Windows 10 IoT Core,” said Steve Teixeira, director of program management for Internet of Things at Microsoft, in a Sept. 24 announcement.

“A collaboration between Microsoft’s IoT division and Adafruit, this pack’s the best way to get started using both Windows 10 on your Pi and to start doing some popular projects with the internet of things,” reads the bundle’s product page. A version of the Windows IoT Core Starter Kit without a Raspberry Pi 2 is priced at $39.95.

Demand appears brisk. As of this writing, the product is listed as out of stock. The pack is also compatible with Raspbian Linux and Python with some tweaks, notes Adafruit.

Teixeira also teased some of the upcoming updates to Microsoft’s IoT platform. He said the company is working to add “support for pulse-width modulation (PWM) and analog-to-digital converters (ADC) via an integrated and extensible provider API, addressing issues around the USB HID class driver, and many bug fixes.”

Some quality-of-life improvements are on the way. “We also saw how popular the web-based device management interface is with customers, so we’re continuing the investment in it and delivering new functionality to change the device name, password and the ability to start processes,” Teixeira said.

Microsoft is taking IoT security seriously. Malware and hacks targeting IoT devices and platforms have emerged as a major cause for concern among IT professionals, a situation made worse by the recent high-profile Jeep hacking demonstration.

Microsoft is doing its part to secure the IoT by incorporating some of its hallmark technologies designed to protect data, Teixeira assured.

“We summarize our IoT security goal as bringing Windows’ ‘enterprise grade’ security to IoT, devices and you’ll soon see Secure Boot and Bitlocker encryption available in the IoT Core builds,” he stated. “By building this into IoT Core you can get these highly valuable security features without needing to build your own implementations meaning you can get your project done faster and still be more secure.”

Finally, for developers, the company is improving support for the Node.js programming framework. Microsoft is “investing to improve the experience for you on IoT Core with a single installer for all Node.js components, support for the Node.js ‘Serial’ and ‘Cylon’ robotics framework libraries, and even a ‘Cylon’ project template for Visual Studio,” stated Teixeira.