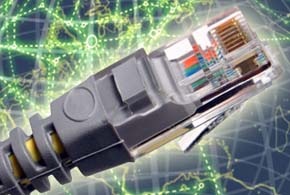 Microsoft is taking the mystery out of diagnosing network connectivity problems that may affect the hybrid cloud setups of Operations Management Suite (OMS) users.

The new Network Performance Monitor, part of the company’s OMS IT management and monitoring product, is now generally available and ready to tackle production environments.

“The solution continuously tests for reachability between various points on the network across public clouds, datacenters and user locations, and enables application administrators to quickly identify the specific network segment or device that may be causing the problem,” said the Microsoft Server and Cloud Platform Team in a Feb. 22 announcement.

It can monitor network links and issue alerts when performance dips below a desired threshold, typically pinpointing an issue to a network segment or even down to a single device, enabling IT professionals to address the problem.

Network Performance Monitor, part of the Log Analytics service in OMS, appears as its own tile in the OMS portal. Since it doesn’t require direct access to network devices−software agents are installed on servers or virtual machines−it can be used to supplement existing network management tools. Microsoft recommends installing two agents for each subnet customers which to monitor.

As a standalone solution, it supports several use cases, including monitoring the health of the network connections between on-premises networks and public clouds like Amazon Web Services (AWS), and of course, Microsoft’s own Azure cloud computing platform. It can also be used by businesses to monitor the links between multiple data centers and offices, whether they’re connected via public or private networks.

For example, new reachability tests based on the ICMP (Internet Control Message Protocol) allows users to check connectivity status in environments where strict firewall rules block probing from tools that rely on TCP (Transmission Control Protocol). Another new feature is the Network State Recorder, which enables users to essentially travel back in time and view network status, packet loss and latency, at a given moment in the past.

Network Performance Monitor’s topology map now features interactive filters, allowing users to zoom in and customize their views according to health status and other factors. When an issue is detected, the solution can now be configured to issue email alerts. The search function has been reworked, providing faster results as users drill-down to specific networks and subnets.