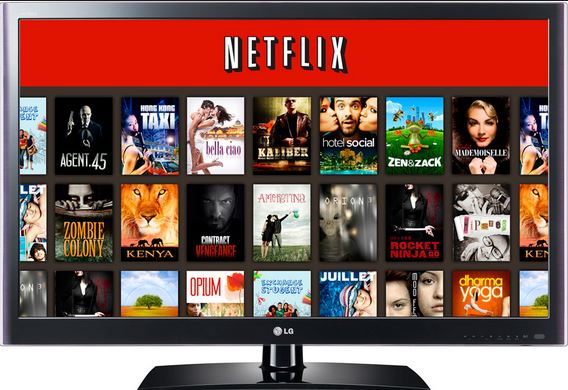 With an increasing deluge of personally and professionally created content being uploaded to Web services companies and downloaded to consumers, something eventually has to give in terms of either opening the arteries of the Internet or thinning data streams, so they can move faster.

Netflix, the largest commercial data producer in the world, has necessarily taken a leading role in helping to fix this emerging problem.

Los Gatos, Calif.-based Netflix is an international provider of on-demand Internet streaming media available to viewers in all of North and South America, Australia, New Zealand, Japan and parts of Europe. When users begin streaming movies from Netflix—most often in the evenings after a workday—the overall traffic on Internet service providers such as Comcast, AT&T, Time Warner, Cox and others often shoots up by 20 to 30 percent. Therein lies the congestion problem.

For more than four years, Netflix has been working on ways to use less bandwidth without sacrificing video quality for its customers. Now it appears that it may have found an answer—or at least the path to an answer.

What it is doing now is looking at all its video presentations and assigning more appropriate encoding algorithms to each one. This type of broadcast granularity may be the answer to a more efficient delivery process—and to more consistent quality for viewers. This is especially relevant to binge watchers, who for years have complained about varying degrees of video quality when watching a high number of programs in succession.

Variety reported Dec. 15 that Netflix is now starting to use a whole new approach to streaming video that has the potential to solve this data jam issue. The company has been working on this new approach since 2011, when members of its video algorithms team realized that they had done it incorrectly from the beginning.

Like most distributors in the online video world, Netflix had prepared its video files for streaming based on the bandwidths available to consumers. Some Netflix subscribers were accessing the service with slow DSL connections, others had faster cable connections, and a few were online with super-fast fiber-optic speeds.

Same Policies for All Videos

Based on these use cases, Netflix’s video algorithms team had developed a number of quality levels for its customers. Each video file on Netflix’s servers was prepared with the same policies to make multiple versions necessary to serve users at different speeds. At the lowest end was a file encoded with a bitrate of 235K bps, which would work even on very slow connections, but also only deliver a resolution of 320 by 240 pixels.

For years, Netflix’s service has been dynamically delivering these versions based on a consumer’s bandwidth needs, which is why the quality of a stream occasionally shifts in the middle of a binge-watching session. But across its entire catalog of movies and TV shows, the company has been using the same rules—which didn’t make sense, knowing what the company knows now.

“You shouldn’t allocate the same amount of bits for ‘My Little Pony’ as for ‘The Avengers,'” Netflix Video Algorithms Manager Anne Aaron told Variety.

Noise, as in intense action movies such as “Avengers,” is hard to encode, compared with a relatively quiet video series as “Pony.” So now Netflix is going through its entire catalog and giving each title its own set of algorithm rules. This allows the company to stream visually simple videos such as “My Little Pony” in a 1080p resolution with a bitrate of just 1.5M bps. Thus, even someone with a very slow broadband or mobile Internet connection can watch the animated show in full high definition under the new approach.

Previously, the same watcher would have just been able to watch the show with a resolution of 720 by 480, and still used more data.

Testing on this has been going on for a long while. Netflix’s video algorithms team set up a test for Variety in its offices in Los Gatos several days ago, streaming two episodes of “Orange Is the New Black” in 1080p on two TVs mounted side-by-side, similar to the tests the company has been doing with its employees.

Variety reported that the images on both TVs looked virtually identical—but one streamed with 5,800K bps, using Netflix’s legacy encoding scheme, whereas the other displayed the show with 4,640K bps. The difference: 20 percent in bandwidth savings, a major blessing for both the distributor (Netflix) and the networking company.

Netflix has a lot of titles in its libraries, and it has been creating its own content now for several years, too. It will be quite a task to re-encode all those videos to fit this new model, but the company apparently is focused on doing it as quickly as it can. It could take months or years to change over the whole catalog, and by then, a better way might have been found to do the videocasts.

By the way, Netflix’s market value now stands at $32.9 billion, a number that exceeds the $30.6 billion value of the CBS network. So, despite some bumps along the way in its 18-year history, overall it’s doing just fine.