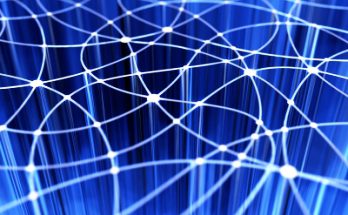 Oracle beefed up its networking services division Feb. 4 by acquiring Acme Packet for about $1.7 billion in cash.

Oracle is paying $29.25 per share, which is a 22 percent premium to Acme Packet’s Feb. 1 close on the Nasdaq index.

“Users are increasingly connected and expect to communicate anytime and anywhere using their application, device and network of choice. Oracle Communications along with Acme Packet can help service providers and enterprises meet these demanding requirements,” Oracle said in a statement.

Dana Cooperson, principal analyst with Ovum, wrote in an email to eWEEK that he believes the acquisition should strengthen Oracle’s hand both with enterprises and carriers by giving it a more central role in controlling and improving how devices and subscribers interact and communicate.

“Oracle’s move to acquire Acme Packets illustrates several important on-going trends in global communications,” Cooperson said. “IT and telecom are rapidly blending: Telecom and IT are coming together in ways that are shifting the vendor competitive framework significantly. IT-focused companies like Oracle see a real opportunity to strengthen their position in both markets through extending their product lines and are acting aggressively.”

Secondly, Cooperson said, software is increasingly driving network capabilities. In fact, software-defined networking — often a topic here on eWEEK — is a major trend at this time.

“Although hardware is still important in many applications to provide needed performance, software is more and more critical for both differentiating and monetizing network capabilities. Performance without monetization is only half the equation,” Cooperson said.

Oracle both sells to and competes with telecom infrastructure vendors. But unlike many of these companies, Cooperson said, “Oracle has a comparatively large bucket of cash to use for acquisitions — as a communications infrastructure vendor bested only by Cisco (Systems).

“Oracle and Cisco can both afford to be aggressive with M&A, whereas many of their peers cannot. Expect the buying spree to continue,” Cooperson said.

Publicly held Acme Packet had seen its stock price slip 18 percent in the past 12 months, largely because it has been hit by weak telecom spending in the last few quarters.