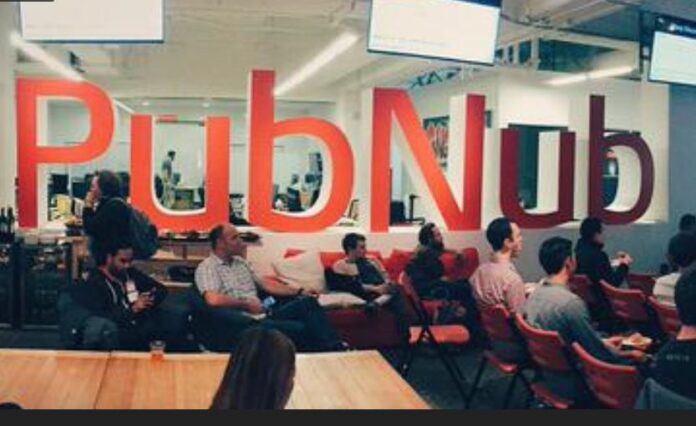 New-gen networking provider PubNub, which is carving out its own market sector, OTT (over the top) real-time data streaming, said July 1 that it has landed $20 million in Series C funding led by Sapphire Ventures, with participation from existing investors Relay Ventures and Scale Venture Partners.

PubNub will use this latest round of capital to fuel its global growth and maintain development of its data stream network specifically designed for secure, real-time communication atop the Internet. The funds also will accelerate PubNub’s plans to scale up sales and marketing operations to meet increasing demand for services.

PubNub, which has 2,000 customers and counting, has tapped into a important need for enterprises: fast, secure data transfer that rides on top of, but not directly inside, the Internet. PubNub is its own signal stream, providing a separate secure channel to protect data from hackers.

“We’re adding 60 to 80 new customers each month,” Greene said, “and our existing customers are adding capacity at an average of 100 percent a year. We have customers in over 70 countries. We are averaging 250,000 transactions a second (21.6 billion per day). The business is crazy busy right now.”

Part of the reason for this is simply good timing; the Internet of things has come to PubNub, which has been ready for it since 2010, its first year in business.

“Streaming data itself was a really interesting concept back then (in 2010), but now we’ve hit a whole convergence of factors that we’ve been capitalizing on,” Greene said. “IoT came to us, not the other way around, but it’s actually much broader than that; we discovered a year and a half ago that our customers were embedding us into devices.”

This enables enterprises to stream business data directly from a data center or private cloud to a mobile or office-based PC. The security benefits are not trivial.

“We’re built for always-on data streams: financial quotes, chat messages, temperature data and so on. In a typical CDN, by the time it caches it and makes it available, it’s already out of date,” Greene said.

“One of our major customers does 3D modeling,” Greene said. “You know how you drag a corner of the drawing and you see the 3D image rotated? Well, now everyone else (in a virtual room, say with construction workers, architects, etc.) can see you rotate the image at the same time on their screens. It’s synchronized, so as I’m dragging it, the people I’m working with can see it move. Not just as a screenshare, because Webex does that, but using the small signals that rotate it natively on their screens.

“They can also send chat messages, pull documents out, things like that, in the same session.”

The IT industry is currently seeing a paradigm shift from data at rest to data in motion, said Jai Das, managing director of Sapphire Ventures. “However, the infrastructure needed to scale and connect real-time data streams for app-to-app communications as well as for communications between IoT devices is costly and cumbersome,” Das said.

PubNub is headquartered in San Francisco and currently has about 60 employees. Go here for more information.