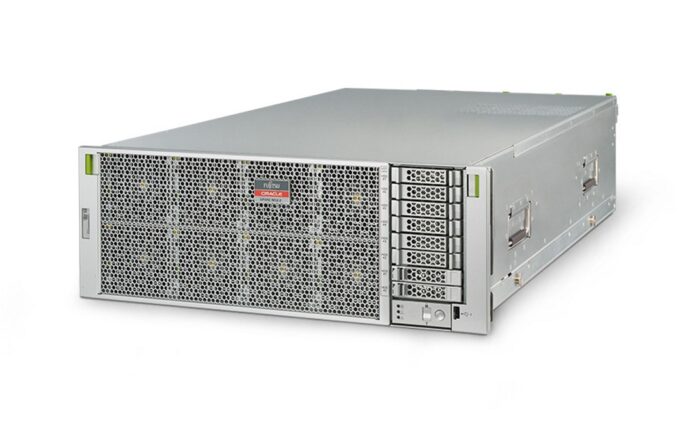 Oracle and Fujitsu are unveiling a new family of high-end enterprise servers under the Fujitsu brand and powered by the latest version of the Japanese tech vendor’s SPARC64 processors.

Officials with both companies April 4 introduced Fujitsu’s SPARC M12 lineup, which initially will consist of two systems that are aimed at a broad array of database workloads and other enterprise applications like business intelligence and enterprise resource planning (ERP), both for on-premises environments as well as for data processing in the cloud.

The systems are based on Fujitsu’s SPARC64 XII chip, which helps give the systems 2.5 times better core performance than their predecessors, the M10 servers.

Emerging technologies such as big data, artificial intelligence (AI) and the internet of things (IoT) are promising to accelerate already rapid growth in the amount of data being generated, which is creating even more demand for data processing, collecting and analyzing capabilities within an organization’s data center or in the cloud, the officials said. At the same time, businesses are looking for ways to process and manage all the data while keeping operational costs down.

The new Fujitsu servers are another indication that Oracle will continue to work closely with the Japanese tech giant in developing the SPARC chip architecture and servers even after significantly paring the workforce in its Hardware Systems Division earlier this year.

Many industry observers expected Oracle to ditch the SPARC chip and Unix-based hardware businesses altogether when the company bought Sun Microsystems for $7.4 billion in 2010.

At the time, the speculation was that the Sun deal was aimed at acquiring software assets like the Solaris operating system, though Oracle founder and then-CEO Larry Ellison consistently said that the company would keep and invest in the hardware business.

Oracle over the years has rolled out a number of Engineered Systems optimized for the company’s enterprise applications, such as databases, but the hardware business has continued to be a losing proposition for Oracle in an IT world that increasingly is turning to x86-based systems running Windows and Linux, with IBM Power and—possibly—ARM-based servers as backups.

In January, reports surfaced that the software vendor was laying off 1,800 workers, many of them coming from the Hardware Systems Division, with Sun-based software developers among the others. Oracle officials have become focused on the company’s cloud business, with hopes of gaining share in the lucrative and fast-growing cloud computing space.

With SPARC next, Oracle promised more software on silicon. Oracle in 2015 launched its software-on-silicon effort, in which software features are integrated onto the silicon to improve data security and database performance. The new Fujitsu systems are benefiting from such software integration.

The new SPARC64 XII processors offer the highest per-core performance, which officials with both vendors said will mean mission-critical applications will run well while keeping overall system costs down.

The Software on Chip features that first were introduced on the M10 systems are carrying over to the new servers and speed up database processing by taking advantage of the use of in-memory databases—which are aimed at large data volumes—in the cloud.

The M12 systems, when processing data with Oracle’s Database In-Memory technology, can run twice the number of simultaneous searches as their predecessors. Other Software on Chip capabilities include encryption and decryption processing.

In addition, they include CPU Core Activation technology, which delivers greater flexibility in meeting business needs by enabling users to configure CPU resources one core at a time.