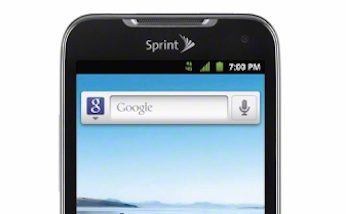 Softbank has reached another “significant milestone” in its efforts to close its deal with Sprint, it said in a May 2 filing with the U.S. Securities and Exchange Commission.

A registration statement related to its agreed transaction with Sprint has “been declared effective” by the SEC, paving the way for Sprint to mail off a definitive proxy statement to stakeholders May 3, in time for their review ahead of a June 12 special stockholders meeting in Kansas.

Softbank Holdings President Ron Fisher said that the above signals the “rapid progress” the two companies are making in the deal.

“We are pleased with this progress and believe that our ability to fund our investment in Sprint within a matter of weeks will enable Sprint to continue and accelerate its capital investment plans in 2013 and beyond,” Fisher continued. “Our investment will better position Sprint to win in the ultra-competitive U.S. wireless marketplace, drive subscriber growth and create significant shareholder value.”

Fisher and the rest of Softbank are, no doubt, eager to dot every “i” on the deal, which was announced in October and distracted in April, when satellite TV provider Dish Network made a late, and larger, bid for Sprint. The Softbank deal includes a 70 percent stake in Sprint going to Softbank, in exchange for $20.1 billion. In the Dish deal, Sprint would eventually see $25.5 billion.

Dish has made a compelling argument for why Sprint should walk away from the Softbank deal—adding that it would happily pay the $600 million breakup fee due to Softbank, were the deal to fall apart.

Dish Chairman Charlie Ergen has talked about having a “Seinfeld strategy.” Related to the various deals and maneuvers Dish has made over the last few years, Ergen said during an April 15 conference call about Dish’s offer, “You see a lot of different things that don’t make sense in that show, and in the last two minutes, they all kind of come together.”

Ergen believes a merged Sprint-Dish could be in a position to offer subscribers the same video, broadband, data and voice experience inside the home and out.

On April 30 Softbank CEO and Chairman Masayoshi Son gave a presentation that seemed as much a response to Ergen’s lengthy pitch as an effort to keep his last eights months of work from derailing.

Son called the Dish deal “incomplete and illusory,” and proposed that despite the dollar amounts in the headlines, the Softbank deal would deliver a greater value to Sprint shareholders—$7.65 to Dish’s $6.31 per share. (Dish said its deal would offer $7 to Softbank’s $6.22.)

Son presented Dish as deeply in debt, borrowing money from multiple sources to pay Sprint, paying it later than Softbank would and offering no expertise in rolling out or optimizing a Long Term Evolution (LTE) network.

He also said that Softbank has scale, which one could say “is everything,” as well as expertise.

“In the case of Dish … they have no understanding whatsoever about the details, the real situation of Sprint,” said Son. “Already, eight months of work have done with Sprint. The last several months, we are doing it every week, back and forth, so we know what synergies there are.”

Sprint formed a special committee to review the Dish offer, and on April 29 said it had received a nondisclosure agreement from Sprint, asking for further information.

“We have a proven track record in raising capital to fund strategic initiatives and have received a Highly Confident Letter from our financial advisor, Barclays, confirming our ability to raise the required financing,” Ergen said in a statement.