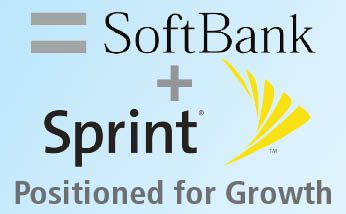 “Softbank delivers superior value to Sprint shareholders—I’m very confident about that,” Softbank Chairman and CEO Masayoshi Son said during an April 30 presentation during which he set out to prove his statement.

In October, Softbank and Sprint reached an agreement in which Japan’s third-largest wireless carrier will receive a 70 percent share of this nation’s third-largest carrier in exchange for $20.1 billion, $12.1 billion of which will go to Sprint’s stockholders and $8 billion toward its balance sheet and network improvement efforts.

The deal was nearing completion, when earlier this month pay-TV provider Dish Network stepped in with a late offer of $25.5 billion and an argument that a Dish-Sprint combination could have a more compelling impact on the U.S. mobile market. In the mobile market, in which streaming video has taken a front seat, Dish has argued that together the companies could offer a first-rate voice, data, broadband and streaming video experience inside the home and out.

“There’s really no one company on a national scale that puts it all together. The new Dish-Sprint will do that,” Dish Chairman Charlie Ergen argued during an April 15 conference call.

“They are not comparing their number and our number apple-to-apple. … I think our number is 21 percent superior to the offer of Dish,” he said, providing 11 points in support of his reasoning.

These points included that Dish won’t pay Sprint until at least mid-2014, while Softbank will pay in July. Softbank’s deal is also fully financed, while the in-debt Dish would receive complicated financing through multiple lenders.

Still, another point was that when Sprint acquires Clearwire, as it’s working to do, it will have a very nice portfolio of spectrum, but Dish, with its incompatible frequency, would complicate that.

Son also said that some people think the Softbank offer is all about capital, but that Softbank also brings with it global scale.

“In the mobile industry, scale means a lot. You could say scale is everything. You need scale to get efficiencies. We have expertise. In the case of Dish … they have no understanding whatsoever about the details, the real situation of Sprint. … Already, eight months’ of work we have done with Sprint. The last several months, we are doing it every week, back and forth, so we know what synergies there are.”

Analysts have suggested that Softbank may have to propose a counter-offer. Canaccod Genuity analysts, in an April 16 research note, called a counter-bid “highly likely.”

Softbank responded to Dish’s offer in an April 16 filing to the Securities and Exchange Commission, saying that its transaction offers Sprint shareholders “superior short- and long-term benefits” and that it expects to “consummate the transaction on July 1, 2013, with the terms already agreed.”

Son repeated that, as it stands, Softbank’s offer is superior to the Dish offer, creating no need for a new bid.

“Softbank plus Sprint, positioned for growth …” said Son, trying out a new marketing line for the two companies.

“Let me have this opportunity to succeed—another American dream,” Son said in conclusion. “For the sake of U.S. customers, for the sake of Sprint shareholders.”