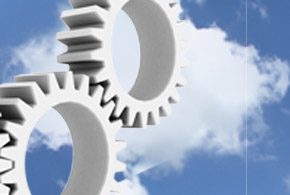 The planned merger between Sprint and Softbank is now in the hands of the Federal Communications Commission.

The carriers announced in a May 29 filing with the Securities and Exchange Commission that the Committee on Foreign Investment in the United States (CFIUS) has approved their deal. The approval comes with the parties entering into a National Security Agreement (NSA) with the U.S. government that will be voided in the event that the merger is terminated.

The NSA was a precondition for the CFIUS clearance, given that a controlling portion of Sprint—and Clearwire, if Sprint’s pursued purchase of that company is successful—will go to the Japan-based Softbank. The terms of the carriers’ agreement include Softbank paying $20.1 billion for a 70 percent share of Sprint.

Among other things, the NSA dictates that “the USG parties”—the departments of Defense, Justice and Homeland Security—must appoint an independent member to the new Sprint board of directors to serve as the security director, and that this person will oversee Sprint’s compliance with the NSA and serve as the contact for the USG parties.

Additionally, it dictates that should Sprint obtain control of Clearwire, the USG parties will have the right to require Sprint to remove and decommission “certain equipment” by Dec. 31, 2016. The latter is a reference to equipment on the fringes of the Clearwire network from Chinese telecom provider Huawei, which the federal government last year flagged as a potential threat to national security.

With its CFIUS clearance in place, Sprint and Softbank now expect the Department of Justice, including the Federal Bureau of Investigation and the Department of Homeland Security, to notify the FCC that it is “free to complete its public review of the transaction,” the carriers said in their filing.

In addition to that of the FCC, the deal will need the approval of Sprint stockholders.

The carriers said they expect the deal to be finalized in July, though it’s subject to various conditions, including the unsolicited bid that satellite television provider Dish Network made for Sprint in April. While Sprint’s board of directors continues to discuss and negotiate with Dish, said the filing, the board continues to recommend that shareholders vote in favor of the Softbank transaction.

Dish’s $25.5 billion bid for Sprint is a more complex one than what Softbank has offered, though with potentially different benefits—or “synergies,” as the companies like to say. Dish imagines a Dish-Sprint offering customers a single package containing what they now get from wireless carriers and cable companies. Softbank offers Sprint expertise in Long Term Evolution (LTE) and a deep understanding of its business.

Dish, in turn, has launched a public relations campaign raising questions about putting control of a U.S. carrier in foreign hands.

Dish took out a full-page ad in The Washington Post and has released statements asserting the “serious national security risks of Softbank acquiring Sprint.”

Referring to the CFIUS review, Stanton Dodge, Dish executive vice president and general counsel, said in a May 23 statement, “We remain concerned … that these reported steps do not adequately protect our national security interests, especially with respect to Sprint’s critical fiber backbone network and Sprint’s extensive contracts to provide important telecommunications services for government, law enforcement and defense customers.”