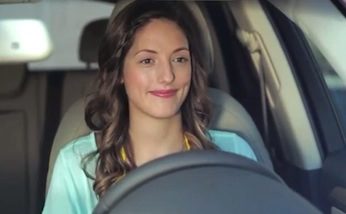 Audi and T-Mobile are rolling out a new in-vehicle plan that will give drivers WiFi Internet access in their cars.

Through the Audi Connect plan, Audi drivers will be able to access real-time news, weather, fuel prices and locations, Google Earth, Google Voice and Local Search over WiFi for $15 month.

That price is with a 30-month contract for $450 total. Drivers wanting to test out the service can try a six-month free trial, or pay $30 a month on a month-to-month plan.

“The T-Mobile-powered Audi connect service delivers unmatched connectivity to our customers at a rate that will turn their Audi into the ultimate mobile device,” Anupam Malhotra, senior manager of connected vehicle at Audi of America, said in an April 4 statement. “This plan will help move us toward the goal of one million connected Audi vehicles on the road worldwide by 2015.”

Connect and solutions like it offer wireless carriers a new avenue for revenue as the smartphone market nears saturation. Research firm Visiongain expects 2013 revenues for the connected car market to reach $21.82 billion.

To give drivers a sense for what they might gain with Connect, Audi has put together two commercials. In one, a woman is getting into her car when her overly concerned mother calls. The call is transferred to the in-dash Connect, and the daughter, using Connect’s tools, has literally at her fingertips the answers to her mother’s questions: whether she has enough gas, where she will eat and what the weather will be, for example.

It’s a less annoying ad than the second, which portrays a trying-to-be-cute-while-frantic woman scrambling to set up last-minute birthday festivities for her boyfriend—searching for a dinner reservation, ordering a cake, locating a scenic overlook.

Importantly, in the second ad, the woman is shown pulling over before beginning her searches. For automakers, selling drivers on connected cars comes with the need to balance the growing issue of distracted driving.

Ford Chief Marketing Officer Jim Farley, speaking at the New York International Auto Show this month, said that Ford is trying to figure out how to make the car “almost a destination in itself” and that “distracted driving is a big piece of that.”

According to the U.S. Department of Transportation, commercial drivers who text while driving are 23 percent more likely to be involved in a “safety-critical event.” In a March poll commissioned by AT&T, 49 percent of commuters admitted to texting while driving—despite 98 percent saying that sending an email or text while driving isn’t safe.

At an April 4 Innovations Showcase, AT&T researchers showed off an in-development app that could show employers when employees are using the phone while driving, or could even make certain apps inaccessible while a vehicle is in motion.

Whether transferring the things drivers do on their phones to hands-free dash consoles will solve the hazards associated with paying attention to things other than driving remains to be seen.

Also uncertain is how the various automakers will team up with carriers or solutions providers. An option of Ford’s Sync solution is to use one’s phone as the data connection.

“Since the connection is through your phone, it’s whatever plan you have worked out with your carrier,” a Ford spokesperson told eWEEK.

General Motors, by contrast, has a deal with AT&T that will put Long Term Evolution (LTE) access into its vehicles beginning in 2014—at a cost of $299 a year for consumers.

Mary Chan, president of GM’s Global Connected Consumer division, has said that putting LTE into cars will enhance “virtually every aspect of the driving and riding experience.”