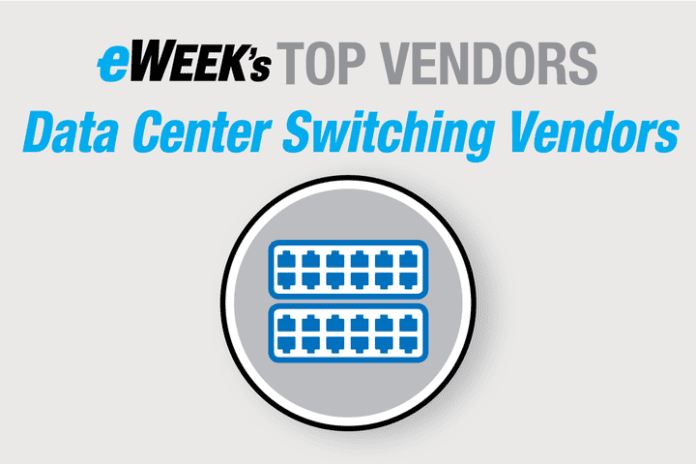 The data network was once an IT resource to which few business leaders paid attention. Most people simply considered the network to be the “plumbing” of a company and little else. That opinion has been changing, because the network has rapidly increased in importance as digital transformation has taken hold in the business world.

The building blocks of digital are cloud computing, mobility, internet of things and artificial intelligence, all of which are network-centric. This means as business becomes more digital, the network increases in strategic value. At the same time, we have seen the rise of new and emerging applications and technologies, from data analytics to virtual and augmented reality, automated vehicles and edge computing.

In today’s IT world, networks are now the foundation, the key enabling of modern computing; central to networks are switches that are the “traffic cops” for data flows of all kinds.

Here’s a compilation of the top switch vendors in market share (in no particular order); this list was created with data from Gartner Research, Forrester, IDC, Dell’Oro Group and other sources.

Value proposition for potential buyers: Cisco Systems was the first company to anticipate the internet and its infrastructure needs back in the early 1990s, and as a result has put a stake in the ground that no other company has been able to eclipse. Any discussion about anything networking has to start with Cisco. The company has been at the top of the market for the past 25 years, and even throughout its ongoing transformation into less of a box-maker and more of a software and solutions provider, Cisco has continued to be the dominant player in the space. Its portfolio of switches bears that out.

Who uses it: Mostly larger enterprises; IT networking personnel

How it works: many on-premises hardware and software options, as well as virtual and cloud hosted hybrid cloud infrastructure management software solutions.

Value proposition for potential buyers: Juniper Networks has been on an acquisition binge lately, adding Apstra, 128 Technology and Netrounds in the last six months. This follows the acquisition of Mist Systems in April 2019. While most of the mainstream network vendors have some variation of an IBN solution today, Apstra created this category and is the only one that works across multiple vendors. Apstra supports most of the mainstream network vendors, including Juniper, Arista and Cisco Systems, but it also supports some alternate vendors such as SONiC, Cumulus, NVIDIA and VMware. This lets Apstra customers enjoy the benefits of IBN without the fear of being locked into a single vendor.

By building its IBN system from the ground up for the purpose of intent-based networking, Apstra has a mature offering. In recognizing that assured operations must start with design intent, Apstra delivers on the full power of its closed-loop system with a single source of truth, continuous validation, intent-based analytics and root cause identification. In addition, Apstra has the right elements for accelerating Juniper’s goal of bringing AI-driven operations to the data center for experience-led operations, which is a key element of the company’s vision of client-to-cloud AIOps and self-driving networks.

Overall, Juniper has a switch lineup that runs from the data center, across the campus and branch and into the cloud. It’s QFX and PTX series of high performance and density systems running the Junos OS are designed for both data centers and telecommunications environments and fit into a wide array of deployments, including top-of-rack and end-of-row as well as access and leaf, lean spine, and core-and-spine. The EX platform is targeted primarily at campus and branch access environments. Juniper switches deliver high performance, reliability and scalability for deploying standards-based EVPN-VXLAN with advanced functionality from multicast to multihoming.

Who uses it: Midrange and larger enterprises; public cloud providers and service providers; IT networking personnel

How it works: on-premises hardware and software options along with virtual systems for public clouds

Value proposition for potential buyers: Arista is smaller than rival Cisco, but it has made significant gains in market share and product development during the last several years. In expanding its role beyond the data center, it has become a key player in enterprise and campus networks as well. Their latest acquisition of Awake Security (October 2020) a network detection and response (NDR) platform, combines AI with human expertise to autonomously hunt and respond to insider and external threats, while providing triage digital forensics and incident responses across campus, data center and IoT.

To bolster its capabilities in deep and real time monitoring and visibility Arista acquired Big Switch Networks earlier in 2020. This along with the company’s existing DANZ (Data ANalyZer) capabilities led to the introduction of DMF (DANZ Monitoring Fabric) a network observability software across Arista switching platforms that gives customers enterprise wide traffic visibility and contextual insights. With its core technology and these latest acquisitions Arista has transformed itself from a networking company into a data driven AI company that delivers its value through the network.

Arista’s Ethernet switch revenues jumped 27.6 percent in 2018 and its share grew from 5.6 percent a year earlier to 6.6 percent, according to IDC. Arista has put legitimate marketshare pressure on leader Cisco Systems in the tech sector during the past five years.

Arista’s Ethernet switch revenues jumped 27.6 percent in 2018 and its share grew from 5.6 percent a year earlier to 6.6 percent, according to IDC. Arista has put legitimate marketshare pressure on leader Cisco Systems in the tech sector during the past five years.

Who uses it: Cloud providers, midrange and larger enterprises

How it works: on-premises hardware and software options

Value proposition for potential buyers: Extreme Networks recently announced its universal hardware platform, which untethers the underlying hardware from software features. Most network vendors typically have multiple product lines designed for different use cases. The universal hardware platform enables customers to purchase hardware and then select the software load that makes the most sense. This flexibility allows customers to reduce management complexity and potential hardware obsolesce, while also saving money. The secret sauce for Extreme is its ExtremeCloud IQ cloud management platform that brings cloud-level flexibility to networking.

Overall, Extreme Networks has a solid lineup of data center switches that can scale from 1Gb to 100Gb, giving organizations flexibility when connecting their systems. At the same time, the company also has put a growing focus on supplying switches for deployment outside the firewall, in particular in branch officers, in the cloud and out at the network edge.

Extreme remains the most undervalued network vendor. The company has faced challenges over the years, but then a new management team, led by CEO Ed Meyercord and COO Norman Rice, executed a plan to roll up other network assets, including Avaya’s networking business, Brocade’s data center business, Aerohive and the Wi-Fi business from Zebra. It took a few years to integrate all these assets into a comprehensive portfolio, but that work is now done. Extreme has since turned a corner, and offers a very compelling suite of solutions — along with industry-leading customer support — to help enterprises on their digital transformation journey.

Who uses it: Midrange and larger enterprises; specialized IT networking staff only

How it works: on-premises hardware and software options

Value proposition for potential buyers: Aruba is helping organizations evolve their overly complex, manual-process-driven, and error-prone on-premises data centers, shifting their architectures to a “centers-of-data” model. This is more agile, automated, and uses software-defined technologies to provide servers, storage, and their associated management and operations teams with a consistent set of services, from edge to data center. It provides end-to-end visibility, streamlined operations, and application consistency for all connected enterprise resources, including branch offices and campus locations.

How it works: On-premises, cloud, and edge-resident hardware and software options

Value proposition for potential buyers: Dell Technologies has long seen itself as a one-stop shop for all things enterprise IT, and the data center networking business under Dell EMC is no different. The company offers several high-performance data center switches in its S- and Z-Series and the N-Series for its managed campus access and aggregation switches.However, networking infrastructure is not the company’s No. 1 business, because it is among the world leaders in hyperconverged and converged data center equipment other than networking.

Who uses it: Midrange and larger enterprises; mostly IT networking staff and admins.
How it works: on-premises hardware and software options

Value proposition for potential buyers: The trend toward network virtualization, with the disaggregation of the software from the underlying gear, opened a door for smaller ODMs like Quanta, Celestica, Accton, Delta, Inventec and Foxconn to gain more ground in the data center switch space, particularly among cloud providers. The rise of SDN and NFV meant that organizations could choose to buy low-cost white boxes and put whatever networking operating system they want onto them. The open networking efforts by Dell EMC, HPE and others were meant to not only give customers more options but also to fend off the growing threat of white-box makers. According to Dell’Oro Group analysts, in 2018 while the top four cloud providers opted for white boxes for their 100Gb deployments, smaller providers and enterprises kept with the brand vendors, which meant ODMs lost ground in the market.