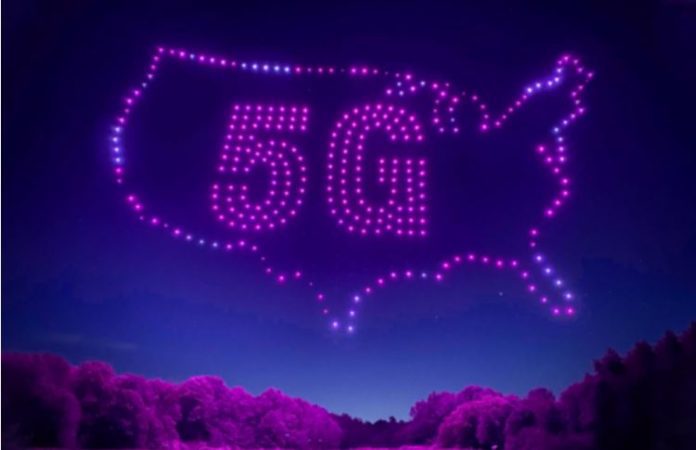 A year ago, T-Mobile announced the first real nationwide 5G network that was realistically available in most of the U.S. This new network used the company’s 600MHz spectrum, which was also being used for some of its 4G LTE network. At the time, I found that it indeed worked and could provide fast communications, but not always faster than 4G.

At that time, the other 5G carriers, Verizon and AT&T, had launched their millimeter-wave networks that provided vast bandwidth but little coverage. Verizon covered a few street corners in a few cities. AT&T covered a few sports stadiums. T-Mobile’s 5G wasn’t as fast but covered a much greater area.

Things have changed in the intervening year. AT&T launched low-band 5G at 850MHz as well as mid-band 5G. Verizon launched its nationwide 5G, but coverage was still sparse. T-Mobile, meanwhile, continued to expand its 600MHz 5G and, through its merger with Sprint in April, began expanding mid-band coverage that provided much greater bandwidth.

On the road, looking for 5G

With that in mind, I set out across the Washington, D.C., metro area looking for 5G using an iPhone 12 Pro on the T-Mobile network. While T-Mobile doesn’t have any millimeter-wave coverage in the D.C. area, its low-band 5G is ubiquitous, and its mid-band 5G coverage can be found in the downtown area of Northwest Washington, which is where you’ll find the White House, the National Mall and vast numbers of lobbyists.

You can also find Verizon’s millimeter-wave 5G in areas along some streets in D.C., as well as across the Potomac River in Northern Virginia. Verizon’s Nationwide 5G covers much of the metro area near D.C., but there are a lot of gaps where there’s no 5G coverage—notably in poor neighborhoods and rural areas.

AT&T shows 5G coverage in much of the area, but doesn’t differentiate between millimeter waves, low-band and mid-band 5G. Coverage is better than Verizon’s but not as complete as T-Mobile’s coverage, which is nearly ubiquitous.

The iPhone 12 will let you know when you’re in an area with 5G because there’s a 5G icon next to the battery symbol. However, it does not tell you which type of 5G you’re using. The best way to do that is to run some speed tests. I did that by running the FCC’s speed test app while I was driving in areas with 5G coverage.

The results were encouraging. In areas with good 5G signal strength, I routinely saw download speeds of around 130 megabits per second. In areas with mid-band coverage, speeds averaged well over 300 mbps. This is high enough to do things like transferring large files or downloading apps. I was able to download an iOS update while sitting in the basement of the Washington VA Hospital, a formerly cellular-free area.

5G coverage getting more solid all the time

To check the range of the low-band 5G, I headed out southwest from Washington to Charlottesville, Va., and found strong 5G coverage the entire way. On the same route a few weeks earlier, 4G LTE coverage had been spotty in places, but the 5G coverage was solid. Much of this area is quite rural, which is also encouraging.

AT&T’s low-band coverage and distance characteristics would be similar to what I found with T-Mobile. However, AT&T’s coverage is less complete. While the heavily populated areas in the Northeast are well covered, 5G stops being available less than 100 miles south of Washington. Verizon’s 5G becomes very sparse south of Washington, although larger cities are covered.

While you may not be affected by 5G coverage near Washington, the same basic factors will still exist in any area near you. In general, T-Mobile coverage will be available in most places, with faster coverage in areas where Sprint had a significant presence. T-Mobile’s millimeter-wave coverage exists in seven large cities.

AT&T has its nationwide 5G coverage generally available in the U.S., but it’s not as broad as what T-Mobile has. Still, it’s available even in rural areas using its 850MHz network. Verizon covers large cities, and its millimeter-wave coverage is growing. Where once Verizon had a few random street corners, it now has many major roads covered in D.C. and in other major cities. However, Verizon’s nationwide coverage is very limited.

To find out how this affects you, your best bet is to check each carrier’s coverage maps, but while useful, they aren’t as definitive as they could be. For example, while it’s easy to see where Verizon’s 5G signal is available, T-Mobile’s maps will only show you its low- and mid-band coverage. AT&T shows 5G but doesn’t say what kind.

Not all 5G devices work with all 5G signals

It’s also important to know that not all 5G devices work with all 5G signals. Depending on the device, some won’t work with millimeter-wave 5G, for example, and some may not work with low-band 5G. It’s probably best to make sure there’s a good return policy so you can take your device back if it won’t receive 5G in your area. Note that most high-end 5G devices, including the iPhone 12, will receive all versions of 5G.

In use, the existence of 5G is mostly transparent. It doesn’t really affect phone calls or most of the other things you do with your wireless device. Spam will be just as annoying (although it’ll get to you faster) and your social media access will be unchanged. However, data-intensive apps, including games and some types of navigation software, will be smoother, and data access will happen more quickly. Overall, it’ll be a better experience.