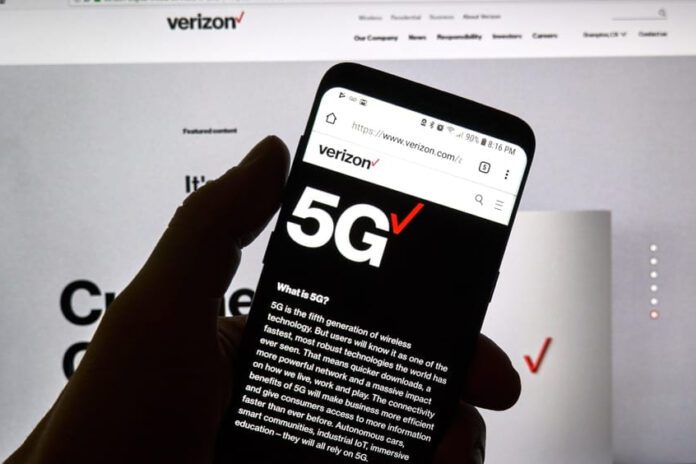 Verizon Wireless turned on its first 5G cell sites on April 3, 2019, a week earlier than expected. The company reports that its ultra wideband service is available in Chicago, in areas near the Loop and other areas near downtown, including the Magnificent Mile and the Gold Coast. In Minneapolis, the service is in the U.S. Bank Stadium (just in time for the NCAA Final Four) and other areas downtown, including the convention center and the Target Center.

Currently, Verizon has only one smartphone available that will work on the 5G network, which is a Moto Z3 with a $200.00 adapter. The 5G service costs customers $10 per month. Verizon says it will be offering a 5G Samsung Galaxy S10 in mid-May, although pricing for that phone hasn’t been released.

Several Analysts report that the 5G activation date was pushed forward primarily so the company could launch earlier than carriers in South Korea, thus giving Verizon bragging rights for having the world’s first 5G network. The company has already launched a few 5G locations for fixed broadband services. AT&T has one 5G hotspot, but no actual 5G phones. AT&T has drawn criticism for labeling its 4G LTE service “5GE” when it’s actually slower than LTE from Verizon and T-Mobile.

Tests of the new 5G service have reported speeds of nearly a gigabit per second, which is in line with what Verizon has been claiming would be its peak speed for the initial network roll-out. The company reportedly has said its latency goal is under 10 milliseconds, but at this point there haven’t been any latency measurements that have been released publicly.

One of the reasons why the initial launch for Verizon 5G is limited is because there’s a lack of available millimeter wave spectrum that the company can use for its ultra wideband service. This is a challenge that’s facing other operators of planned 5G deployments, and it’s a major factor that T-Mobile is using in its bid to acquire Sprint. In that case, Sprint has much of the needed spectrum, while T-Mobile has the resources to actually build it out.

Another reason for the limited service boils down to the laws of physics. The millimeter wave frequencies that carriers, including Verizon, are using nearly encroach on the lower end of infrared light. Because of this, the signals propagate more like light than like radio. This means that building penetration becomes problematic and some things such as window glass and foliage become barriers. This in turn means that many more cells are needed for reliable communications.

By now you’re aware of the problems wireless carriers have in trying to find sites for cell towers because of NIMBY issues. Having to increase cell sites by an order of magnitude increases those problems by the same amount. The FCC has been working to limit the ability of localities to restrict cell site permissions, but there’s been a lot of push-back and a lot of community opposition to the point that Mill Valley, Calif.—even with its history as a progressive-thinking enclave—has banned 5G deployment there.

While Verizon has said that it intends to deploy 5G networks in as many as 30 cities in 2019, it’s not clear just how thoroughly those cities will be built out. It’s possible that initial deployments may be in urban areas and in places such as major stadia, where there’s great demand for bandwidth. But coverage in rural and even suburban areas will probably take much longer because of the limitations of millimeter wave communications.

Automatically Falls Back to 4G LTE When Out of 5G Range

For now, Verizon has said that its customers using 5G networks will fall back to 4G LTE automatically when they move too far from a 5G site. This means that for the time being 5G will be more of a supplement to standard 4G LTE communications. Customers with 5G handsets will get 5G sometimes, but normally the extra cost of the faster handset won’t add anything.

The other carriers have similar plans, which are necessary until 5G is really a nationwide service, which will take a few years. To some extent, this problem of needing to build out a vast number of small cell sites can be reduced by moving to a lower frequency. T-Mobile will be doing this with its 600 and 700 MHz 5G services that it plans to launch later in 2019. These lower frequencies allow signals to travel much farther and to avoid some of the building penetration issues, but that happens at the expense of speed which needs the bandwidth that’s only available at higher frequencies.

At some point 5G carriers will start to move to frequencies now used for 4G LTE, but there they will have the challenge of also running their LTE services until customers can reasonably stop using 4G LTE, and that won’t happen until 5G has nearly total coverage, and most of those old LTE devices have been replaced. This is similar to the current efforts to shut down 2G and 3G communications which are ongoing, but not complete.

But for now, Verizon really has done it. Standards-based 5G is operational, it works well if you have the right phone, and it’s fast. We should start to see the other major carriers begin to launch their own 5G services by the end of 2019.