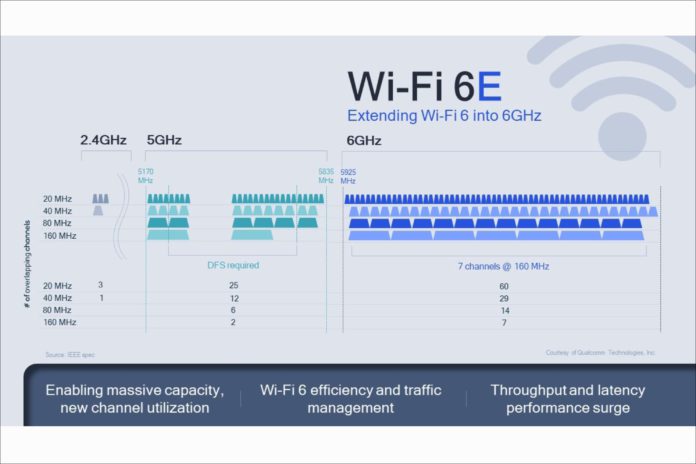 How did it get this way? Neglect and time, as always, were big factors. Laziness was also in there somewhere. Hey, it was great in 2005 when I got Comcast cable. A few years later, I threw in an Arris cable modem and a LinkSys switch. Although most things in my office are connected by wired Ethernet (what’s that?), the wireless networks around the house are a hodgepodge of power-line distribution and 2.4GHz and 5.GHz access points of venerable vintage. Guest and homey networks live side by side, and voluminous SSIDs (network names) abound on any client device hapless enough to view “available networks,” which include all of my neighbors’ as well my own wide array.

So, what’s with the confessional? And why now? Because now I’m determined to fix all this with a major upgrade, and it’s okay to admit you’re a drunk if you have a program to get sober. Which begs the question, when, exactly, am I going to undertake this life-changing transformation?

How to complete your dream network

Ay, and there’s the rub. There’s a piece of the puzzle, unavailable today, that will complete this dream network. That piece is based on products running WiFi 6E, a standard only recently ratified by the WiFi Alliance, the worldwide group that agrees on international WiFi standards. Products based on WiFi 6E are expected in just one week. Vendors will announce them at the Consumer Electronics Show (CES), a virtual version of which starts Jan. 11. Once those products are in, I’ll have everything I need.

What will the new network look like? First, I’ll swap out cable for Verizon FIOS. Verizon ran optical fiber through my neighborhood already a decade ago and has been pelting me ever since with invitations, which have often included one-time incentives of up to $500. These pitches I steadfastly ignored–until now. An internet connection is only as good as its weakest link, including, potentially, the server at the other end, but why not have the fastest “last 100 feet” you can?

And then comes the magic: even though the FIOS connection will go into another part of the house from where the cable now enters, most internal distribution from there will be done by a WiFi 6E wireless mesh network. It doesn’t matter where the wide area connection is. Distribution will be equally good in every part of the house with mesh. Mesh is basically a grid of like access points that talk with each other, share traffic and route it the best way. With I think three mesh nodes, my 6E access points will act as a collective network. With one SSID.

We have mesh networks today, you say? Yes, but nothing like these mesh networks. Actually, they’re really similar. The new WiFi 6E protocols are exactly the same as existing WiFi 6 (formally called 802.11ax). That’s why it’s 6E and not 7, which is coming later, like 2024. The big difference is that WiFi 6E will make use of a whole new band of unlicensed spectrum: the 6GHz band. WiFi 6 operates in two bands: 2.4GHz and 5GHz. WiFi 6E does everything WiFi 6 does, but in three bands: 2.4GHz, 5GHz, and 6GHz. When some vendors claim “tri-band” now, what they mean is three radios (e.g., one 2.4GHz and two 5GHz, one of which is used for backhaul).

This is not that. This is three different bands.

What’s key about that is that, in older three-radio systems, client traffic (to and from endpoints) shares the same band with backhaul traffic (flowing among access points). With true tri-band systems, all the backhaul traffic will use the 6GHz band. Thus, even if you have no 6GHz endpoints (i.e., phones, computers, voice assistants, home automation devices), your client traffic gets a whole band or bands to itself, since all the housekeeping has been shipped off to 6GHz.

If you’re old enough, you will recall that once upon a time, WiFi operated only in the 2.4GHz band — along with microwave ovens and other appliances. In a sense, that band was already crowded the day it was introduced. When 5GHz came online in 1999, it was a whole new, much bigger band with little traffic. Routers and devices taking advantage of 802.11ac, which used the 5GHz band, had the freeway mostly to themselves.

But by 2015, particularly in dense urban environments, the 5GHz band was chockablock with traffic. It took promoters three years to convince enough national authorities around the world to free up the 6GHz band for unlicensed (WiFi, as opposed to cellular) use. The thing about this band is not only that it’s fresh and free of traffic. It’s also much wider than even 5GHz: 1.2GHz wide, and it can be divided into seven big 160MHz channels or up to 59 20MHz channels. The existing 5GHz band has only 500MHz of spectrum, less than half, yielding potentially only 25 20MHz channels. And 2.4GHz has even less. So, 6GHz: a big fat band with channels wide enough for the whole family. At the same time.

I’m juiced about my incipient new network. Between FIOS and 6GHz WiFi 6E, I’ll be flying. And that’s even before I have any devices (phones, etc.) that use 6GHz because the network itself will use the new superhighway, relieving lower bands of all the busy communication between nodes.

Of course, WiFi 6E will work with all my old WiFi devices. As I bring future WiFi 6E devices onto the network, they will be able to hop onto the new spectrum.

Here’s another cool thing about WiFi 6E. Because the 5GHz and 6GHz bands are near each other in the electromagnetic spectrum, the physical hardware (e.g., antennas) can be the same design for both. How handy for hardware OEMs currently making WiFi 6 products!

Good thing for them, too, because on Jan. 11, when the WiFi Alliance announces the finalization of the 6E standard at CES, manufacturers, who have had the completed spec for more than a month, will be ready to announce simultaneous product availability. In other words, they’ll be shipping in a week.

Image caption: Comparing the blue channel map on the right with the green and grey ones in the middle and on the left, you can see how much more bandwidth 6GHz will introduce to the WiFi experience. To see a larger image, right-click on the image and select “View Image.”  (Source: Qualcomm Technologies, Inc.).

Roger Kay is affiliated with PUND-IT Inc., a longtime independent IT analyst and a regular contributor to eWEEK.