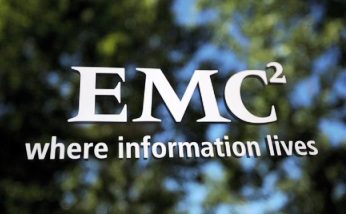 Data storage and security provider EMC still is piling up consecutive profitable quarters, but its double-digit profitability days are behind it—at least for the time being.

The Hopkinton, Mass.-based company reported Oct. 24 that its third-quarter net income totaled $626.3 million, up 3 percent from the year-ago period. Revenue increased 6 percent to $5.28 billion for the three-month period.

The dip in net income caused some consternation among Wall Street analysts, as did EMC deciding to trim its sales forecast for the year to below its July projection of $22 billion.

“For the full year 2012, we’d expect to achieve revenue in the range of $21.6 billion to $21.75 billion and non-GAAP [non-Generally Accepted Accounting Principles] earnings per share between $1.68 and $1.70,” David Goulden, EMC’s president and chief operating officer, said on a conference call to analysts.

“For the third quarter, EMC’s business continued to grow faster than overall IT spending growth, and we gained market share in what turned out to be a more cautionary environment than we expected heading into the quarter,” Goulden said.

“The environment in Q3 turned out to be more cautious than we had expected. There were several issues weighing on customers’ minds, including uncertain global economic growth and the U.S. presidential election.”

These macro challenges translated into more spending scrutiny, longer deal cycles, additional approval requirements and the resulting delay in IT deals, Goulden said. “While the macro factors caused EMC’s growth to be less than expected, I’m pleased that we did show growth in this challenging environment,” he said.

EMC shares fell in early trading Oct. 24 but gained ground later. The stock closed at $24.46, up about 1 percent.