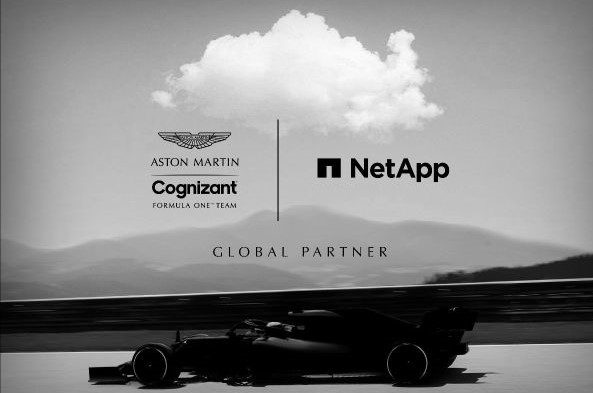 NetApp has earned respect and tens of thousands of loyal customers as a global leader in cloud storage and data management since its founding in 1992. Now it’s using that foundation to branch out and become a hybrid cloud data services company, able to handle a plethora of new and different use cases.

With that in mind, Aston Martin Cognizant Formula One on March 1 revealed a new multi-year partnership with the Sunnyvale, Calif. tech giant as the world-famous car maker gears up for its return to Formula One competition. After more than 60 years away from the international circuit, the British car brand returns to the F1 grid, supported by NetApp, with a new edge: utilizing the power of data to help drivers win races.

Maximum performance is the goal

The partnership with NetApp will provide the Aston Martin team with high-end data and cloud services. The partnership will focus on maximizing performance both on and off the track, NetApp said.

Using a data fabric powered by NetApp, the team will be able to extract more value from its data to better gauge car performance and address necessary refinements before, during and after each race, the company said.

In an F1 race, every square inch of the car is sensored and monitored, from front to back, top to bottom and everywhere in between. A barrage of real-time data involving thousands of metrics–from tire pressure to oil pressure to airflow to surface temperature to many others–is collected, stored and analyzed in real time by the data center, which is constructed on the race site. Instant analysis is made available, so that quick decisions can be made under high-pressure conditions.

NetApp also said that its data fabric will also reduce operational complexities while keeping the team’s data properly compliant, secure and protected as intellectual property. By standardizing on NetApp across all platforms, the British racing team expects to be able to maximize resource utilization and remove inefficient data silos, enabling costly IT investments to be rerouted back into car and team development.

“Formula One teams have always been pioneers in analyzing data for a competitive advantage, especially when milliseconds mean the difference between pole position and starting somewhere in the middle of the pack,” Otmar Szafnauer, chief executive officer and team principal at Aston Martin, said in a media advisory. “The team’s partnership with NetApp, along with title partner Cognizant, represents a new stage in our journey of continuous improvement.”

The 2021 Formula One racing season starts March 26-28 in Bahrain. Go here to see the 23-race schedule for the year.