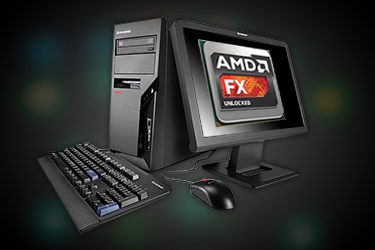 The company’s Q3 2016 revenues totaled $1.31 billion, up 23 percent year over year and good for a 3-cent return per share. The previous three quarters had shown losses of 10 cents, 12 cents and 5 cents, respectively. Prior to those previous quarters, Q2 and Q3 2015 both resulted in a 17-cent-per-share decline in performance.

However, lower sales of client desktop processors and chipsets gnawed away at the company’s revenue. This isn’t much of a surprise, as sales of desktop and laptop computers continue to slide globally.

Wall Street analysts had projected flat per-share earnings on $1.21 billion in revenue for the quarter, so AMD did an end-run around those numbers.

AMD President and CEO Lisa Su pointed out that the company’s financial results point directly to the progress it is making across its entire business.

“We now expect to deliver higher 2016 annual revenue based on stronger demand for AMD semi-custom solutions and Polaris GPUs,” Su said in a press statement. “This positions us well to accelerate our growth in 2017 as we introduce new high-performance computing and graphics products.”

The Sunnyvale, California-based company’s Computing and Graphics division brought in revenue of $472 million, up 9 percent sequentially and 11 percent from Q3 2015.

AMD’s Enterprise, Embedded and Semi-Custom segment revenue totaled $835 million, an increase of 41 percent sequentially and 31 percent year over year, due to higher sales of the semi-custom SoCs.

AMD forecast revenue to decrease 18 percent sequentially in Q4. The stock was down about 6 percent to $6.56 in after-hours trading.