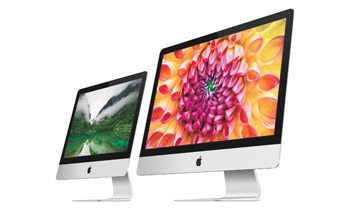 When the iMac was introduced late in 2012, Apple called the all-in-one computer the best it has launched. The company touted its impossibly thin lines and its appealing design and talked about its power. The latest iMac really is, Apple says, the best desktop for today’s consumers and enterprise users.

But further inspection might reveal a much different story. Apple’s iMac is certainly a top-of-the-line option for consumers and enterprise users and the company’s product has been considered the best all-in-one PC for years. But the latest launch doesn’t come without its flaws. Some of the flaws are major and could make customers question whether it’s the best computer to buy for the money.

Of course, that’s something that Apple and its legion of fans wouldn’t like to hear. But for customers looking to gather as much information as possible before buying, it’s a question that should not be overlooked.

Read on to find out the flaws in Apple’s latest-generation iMac that could stand some improvement.

1. The price is high

Apple is selling its iMacs at levels that are decidedly high compared to typical Windows PC prices. The 21.5-inch, 2.7GHz option starts at $1,299. Bumping up the processor to 2.9GHz means paying $1,499. The highest-end iMac will set customers back $1,999. Considering Windows-based all-in-ones are going for hundreds of dollars less, Apple’s computer might not seem like such a great deal.

Much has been made about the iMac’s “ultrathin 5mm” thickness. However, it’s important to point out that the computer is only that thick at the edge of the display. Behind that edge is the computer innards, which push it out a bit. Plus, the stand is quite big, coming in at 6.9 inches in depth on the 21.5-inch model and 8 inches on the 27-inch version. That’s about standard for the all-in-one market. So, don’t expect the iMac to save you too much desk space.

3. An improved graphics card would have been nice

All of Apple’s iMacs come with Nvidia GeForce graphics cards, which will do the trick for viewing videos, word processing and other typical applications. However, those who want to use the iMac for high-end video production or gaming will find that it falls short. The Nvidia GeForce GTX 675MX GPU is a decidedly middle-of-the-road product. It would have been nice if Apple bundled a better GPU in at least one of its iMac models.

Apple’s iMacs come with multiple of ports, including four USB 3.0, two Thunderbolt, and one Gigabit Ethernet option. However, the new iMacs shed the FireWire ports found in previous versions. That’s a major problem for folks that are running FireWire storage drives. Of course, Apple says its Thunderbolt port solves that issue, but until more external components support that technology, it’s not the fix Apple says it is.

Apple iMac Still Has Flaws: 10 Ways to Improve It

Apple made a fuss last year about its Fusion Drive, which combines the reliability of solid-state drives with the cost-savings of standard hard-disk drives. However, the company’s iMacs don’t support the Fusion out of the box. Instead, customers will need to pay to upgrade to the Fusion. That’s a shame.

Apple made the unfortunate decision to keep its 21.5-inch model and do away with the old 24-inch iMac. Although Apple is selling a nicely-sized 27-inch version, the 21.5-inch alternative is a bit small for a desktop computing world that’s becoming increasingly dominated by larger displays. Apple failed to see where the desktop market was going and stuck with a display that’s too small. That’s unfortunate.

7. An internal optical drive would be nice

Ready for this one? The iMac doesn’t support an internal optical drive. Apple says that it made that decision to save space, but for those who have hard copies of programs they want to install on the computer, doing so will be a pain. External drives are available as is sharing a drive with the iMac. But wouldn’t it have been nice to have an internal drive built in?

It’s important for all iMac owners to realize that the device is not the kind of desktop that would accommodate modifications over time. In fact, Apple has done an awfully good job of sealing it off to do-it-yourselfers. So, customers with grand designs on swapping out the processor need to realize that it’s not going to happen.

Apple’s iMac is certainly a competitive all-in-one PC with a lot of features worth getting excited about. But looking around the marketplace, it’s hard to say that it’s as competitive as it could be. Windows-based options come with more powerful components, better prices, and are built to make it easier to swap out components. Apple’s iMac is still very tightly closed box and that makes the computer less competitive.

One of the important trends hitting the all-in-one PC market lately has been the inclusion of touch screens in the computers’ displays. Apple’s iMac supports the Magic Trackpad providing virtual multitouch functionality, but eschews the actual touch display. Hopefully next time around Apple will warm to the idea of letting users tap around its screen. HP has done that with its TouchSmart line and the feature works exceedingly well.