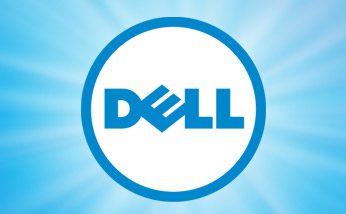 Dell has made an historic move as it tries to reinvent its business out of the glare of constant stock market observation in an attempt to avoid a decline into irrelevance and eventual extinction.

The company and its partners announced on Feb. 5 that they spent $24.4 billion or $13.65 per share to become a privately operated company. Michael Dell, who owns about 14 percent of Dell, along with Silver Lake Partners, will acquire the company. Microsoft will also kick in a $2 billion loan to help complete the transaction. Dell called the move “an exciting new chapter” for the company he founded.

But what Dell might say is exciting could really just be an end of an era for his company. There was a time, after all, when Dell was the PC market’s leader and one of the most successful companies in the entire IT industry. Dell was supposed to be the leader, not the company clinging to its past.

But why did Dell take the drastic and expensive move of going private? It speaks to the surprising decline it has experienced over the last several years as it was blindsided by the rapid move to mobile devices, which has cut into sales of larger desktop and laptop computers.

Here are the various reasons why Dell went private:

1. The PC market is in decline

It’s no secret that the PC market is in serious trouble. In fact, in 2012, more tablets shipped worldwide than notebooks for the first time, illustrating the dramatic decline of PCs over the past few years. If the core PC market is declining, Dell obviously has some issues.

But perhaps Dell’s troubles in the PC space relate in part to its own poor decision-making. The company was once the world’s top PC maker, but quickly watched HP take over the top spot. Now, Dell is the third-largest PC maker in the world behind Lenovo and is losing some of its footing in the enterprise market. That has proven extremely challenging to Dell’s business.

3. It needs to shed the fat

Unfortunately for Dell, it’s operating a business that has become quite bloated. During its 2012 fiscal year, Dell reported $62 billion in revenue. The company’s total operating expenses hit $57.6 billion, resulting in anemic profits and narrow margins. By going private, Dell might have more of an opportunity to take a breath and find ways to cut expenses.

4. Less prying eyes might be necessary for a turnaround

Dell is in desperate need of a turnaround. But dramatically revamping a business or spending a few years to try to build it back up isn’t something that shareholders don’t have patience for. By going private, Dell can escape the shareholders’ prying eyes and make the tough decisions that might hurt its operations in the near-term, but allow it to return to robust health. Being a public company isn’t an ideal situation for a company that’s struggling.

Dell Forced to Go Private in Search of a Turnaround: 10 Reasons Why

5. The management isn’t prepared for the new age

After Michael Dell came back to the company he founded, he made shareholders believe that he knew what it would take to get the PC maker back on track. Now years later, it’s clear that Dell and his management team are a little lost. And because it lost its way Dell watched his company falter which forced him to consider the costly step of going private. If Dell’s management was more capable, the company might not have avoided the drastic step of going private.

6. The stock price has slid

The only reason Dell was able to make a deal happen with Silver Lake Partners is that its shares are actually quite cheap. As noted, Dell is being bought out for $13.65, a slight premium over its closing price on Feb. 4 of $13.27. To put that share price into perspective, Dell’s stock has fallen 24 percent in the past year and is down a whopping 34 percent over the past five years. Silver Lake saw a good deal was available for a company with $3.5 billion in net income in 2012 and decided to help Dell out.

7. No answer for smartphones

Smartphones have proven to be vexing problem for Dell. The company has tried on numerous occasions to jump into the smartphone market, but each time, its efforts have fallen short. If Dell could have established itself as a smartphone contender earlier, the company might not have been forced to take such a drastic step as going private.

8. Tablets are a nonstarter

Tablets have also proven to be the downfall of Dell’s business. The company has tried and failed to deliver Android-based slates that proved popular with buyers. Although Dell tried to blame it on poor timing, the company’s tablet shortcomings really had more to do with the fact that it didn’t understand what customers wanted in terms of high-quality designs and high-end components. The fact that tablets are so important today and Dell has no presence in that market is a huge setback for the company.

9. It needs help on the cloud

The cloud could very well be the way Dell makes its way back into the good graces of enterprise customers. However, transitioning its business to leverage the cloud more effectively and perhaps reduce its reliance on PCs and mobile would be something that would be viewed as too risky by shareholders if it remained a public company. By going private, that problem is eliminated and Dell can focus on the cloud.