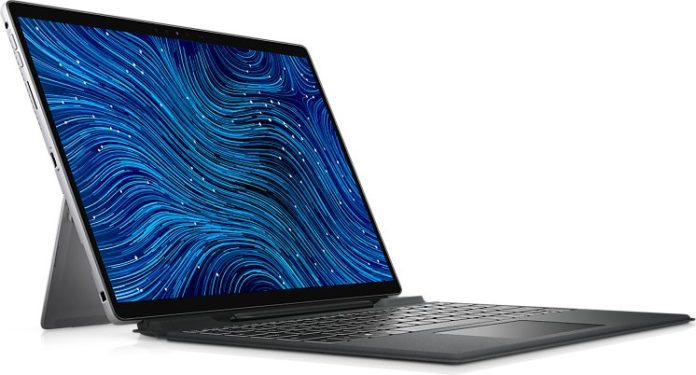 Since early 2013, the year Microsoft launched its first Surface Pro, PC vendors have been exploring the value and limits of detachable or ultra-portable 2-in-1 laptops. The general approach was straightforward – take the tablet with detachable keyboard concept of Apple’s iPad but add features to make it a truly business-class device. (Apple, slow to catch-on, didn’t introduce its iPad Pro until late 2015.)

The success of ultra-portable 2-in-1s has been somewhat mixed, often tied to vendors’ engineering priorities and the evolution of needed components. In addition, arguments in favor of those products were sometimes undermined by increasingly powerful, highly mobile business laptops.

That said, with its new Latitude 7320 Detachable, Dell Technologies has hit the sweet spot in terms of a solution that delivers features, value and full functionality that should appeal to business customers.

Dell provided me a Latitude 7320 Detachable evaluation unit for this review with the following specs:

Other configuration options for the Latitude 7320 Detachable include Core i3-1110G5 or Core i5-1140G7 processors, 4GB, 8GB and 12GB of RAM, and 128GB, 256GB and 1TB SSDs, as well as a Micro SIM Card slot, a contacted or contactless SmartCard Reader and LTE support from AT&T, Verizon or Sprint.

Additionally, it’s worth noting that the Latitude 7320 Detachable is certified for Microsoft’s Windows 11 and that a free upgrade will be provided when the new OS becomes available. I’ll discuss this more in a bit.

Given its 11th gen Intel Core i7-1180G7 processor and 16GB of RAM, the Latitude 7320 Detachable easily handled all of the tasks and applications I used on it, including keeping a dozen or more browser tabs open, including running video and audio services in the background.

That doesn’t mean that the Latitude 7320 Detachable is ideal for every use case. Intel’s homegrown Iris Xe graphics tech is fine for conventional business and multimedia workloads, but it’s not well-suited for complex, compute-intensive processes, like video or photo editing. Then again, it’s unlikely that engineers or designers would abandon their portable workstations for a detachable ultralight 2-in-1.

The Detachable Travel Keyboard and Detachable Travel Pen performed well. I’m not overly fond of detachable keyboards, which I find mostly flimsy and uncomfortable. In contrast, Dell’s Detachable Keyboard is firm, with a suede-like material that is pleasant to the touch.

It can be positioned flat on a work surface or snapped into a raised angle that’s easier for typing. The keyboard also includes a magnetized depression that holds and charges the Dell Travel pen. The pen worked fine. Its ovoid shape is comfortable to hold, and its brief 30 second charging time is notable.

Other observations: Battery life was solid—I never had problems getting through a full 8-hour workday with the Latitude 7320 Detachable on a single charge. The display delivers the kind of quality of experience I have come to expect from Dell. Colors are bright and vivid, and the 3:2 aspect ratio makes it simple to open windows side-by-side (a valuable point for business users).

I’ve also developed a real fondness for Dell’s ExpressSign-in, a Windows Hello-enabled technology that uses proximity sensors to automatically detect and login users when they approach.

It’s worth considering how the value proposition for detachable PCs has changed over the past year or so. Originally, these devices were promoted for their portability and flexibility, features especially important for business travelers and workers whose duties required easy mobility. Since the Covid-19 pandemic has turned businesses and workplaces upside down, where do solutions like Dell’s Latitude 7320 Detachable fit in?

The answer: most anywhere.

Portability and flexibility both have a place in working from home (WFH) and other remote business environments. While well-organized home offices have become increasingly important, many workers (especially managers and executives) have also set up dedicated spaces for video calls and conferences.

The excellent camera, microphone, speakers and stock audio port (both the Surface Pro and iPad Pro require an audio-to-USB-C dongle), along with its compact footprint make the Latitude 7320 Detachable a superb tool for video conferencing and other remote worker tasks.

A final point worth considering is how Windows 11 will impact and potentially enhance workplace solutions. One of the most notable features of the new OS will be its support for Android apps accessed via the Microsoft Store. I expect Microsoft to initially focus primarily on business-oriented apps (since commercial organizations will be among Windows 11’s earliest adopters). That means pre-certified touch-enabled devices, like the Latitude 7320 Detachable should be ideal platforms for organizations hoping to capture the full value of Windows 11.

In essence, the Latitude 7320 Detachable is the best and most advanced ultra-portable 2-in-1 device that Dell has produced. The new solution sports exceptional design points and features that should be attractive to a wide range of commercial organizations. In addition, while the Latitude 7320 Detachable squarely hits all the targets that ultraportable 2-in-1s typically strive for, it also qualifies as an excellent solution for new and emerging challenges, including WFH and other remote location use cases.

Overall, organizations that are considering or searching for highly flexible, portable and powerful business-class client solutions would do well to consider Dell’s new Latitude 7320 Detachable.