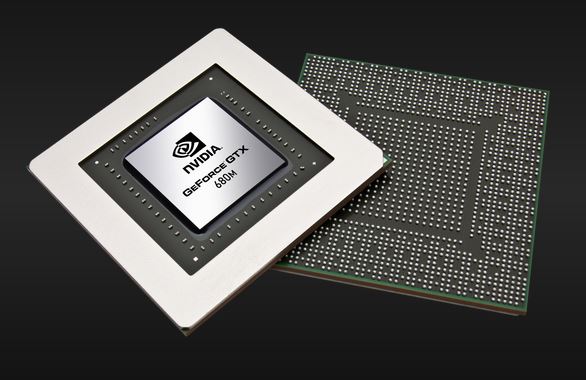 A respected industry researcher in the global graphics and multimedia markets on Dec. 29 released its annual review of GPU (graphics processing units) developments, and the results indicate good things for the year past and for 2018.

Despite an overall slowdown in worldwide sales of PCs, PC-based GPUs sales–which include workstations–have been increasing, Jon Peddie Research revealed. In the mobile market, sales of integrated GPUs have risen at the same rate as mobile devices and the SoC (system on a chip) in each one. The same is true for the console market, where integrated graphics are in every console, and they also have increased in sales over the year.

JPR didn’t count the GPUs used in the data center servers, since they don’t drive a display (so the “G” in data-center GPUs is irrelevant). Even if JPR had included them, they would not have made a noticeable difference in the numbers, the researcher said.

Nearly 28 percent of the world’s population bought a GPU device in 2017, and that’s in addition to the systems already in use. Yet perhaps less than half of them even know the term GPU, what it stands for, or what it does. To them the technology is invisible, and that means it’s working–they don’t have to know about it.

The ubiquity and invisibility of GPUs speaks to their success, not only in marketing terms but in terms of real contribution to quality of life, safety, entertainment and the advancement of science, the researcher said.

The GPU has evolved since its introduction in the late 1990s from a simple programmable geometry processor to an elaborate sea of 32-bit floating-point processors running at multiple gigahertz speeds. The software supporting and exploiting the GPU, the programming tools, APIs, drivers, applications, and operating systems have also evolved in function, efficiency and unavoidably, complexity.

The market for, and use of, GPUs stretches from supercomputers and medical instrumentation to gaming machines, mobile devices, automobiles and wearables. Just about everyone in the industrialized world has at least a half-dozen GPUs, and technophiles can easily count a dozen or more.

The manufacturing of GPUs approaches science fiction with features that will move below 10 nm next year and have a glide-path to 3 nm. Some people think even 1 nm-Moore’s law is far from dead, but it is getting trickier to drive into subatomic realms that can only be modeled and not seen.

2017 Was Driven by Games, eSports and AI

During the past 12 months, the IT business has seen a few new–and some clever adaptations of–GPUs that show the path for future developments and subsequent applications, JPR said.

2017 was a solid year for GPU development driven by games, eSports, AI, crypto currency mining and simulations. Autonomous vehicles started to become a reality, as did augmented reality. The over-hyped consumer-based PC VR market explosion didn’t happen, and had little to no impact on GPU developments or sales.

Mobile GPUs, exemplified by Qualcomm, ARM and Imagination Technologies’ customers introduced some advanced devices with long battery life, screens at or approaching 4K, and in 2017 we started talking about and showing HDR, JPR said.

“The calendar is merely an artificial event marker, and the developments in GPUs doesn’t pause for holidays or annual clock ticks,” the researcher wrote in a media advisory. “Many is not all the developments we will see in 2018 were started as early as 2015, and that three to four-year lead time will continue, if not get longer as we learn how to deal with chips constructed with billions of transistor manufactured at feature sizes smaller than X-rays.

“2018 is going to be an even more amazing year, with AI being the leading applications that will permeate every sector of our lives,” Peddie wrote.

The GPU report is free to all subscribers of JPR. Individual copies of the report can be purchased for $100. For more information about purchasing the “JPR GPU Developments in 2017 Report,” go here.