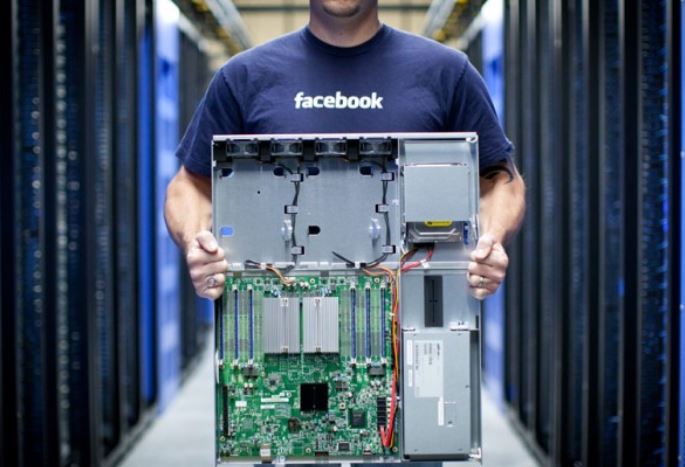 SANTA CLARA, Calif. — Facebook, known inside the business for its single-app data centers, is in the process of updating those facilities with its own, self-designed server hardware so it can continue to keep up with the waterfall of new content its 1.8 billion users create each day.

On March 8, Day 1 of the Open Compute Project Summit 2017 event here at the Santa Clara Convention Center, the social network announced the beginning of a new server refresh project that will require it to remove out all of its old equipment in order to make room for its newly unveiled designs.

Specifications for all four new servers from of Facebook’s R&D are also being donated to the OCP initiative it helped to establish.
Facebook, Intel and Rackspace were the founding members of OCP back in 2011.

The OCP mirrors several open source software trade groups, such as the Linux and Apache foundations. OCP membership, as announced by CEO Corey Bell from the stage March 8, now stands at 195 members–double what it was only a year ago.

The Open Compute Project’s mission is to design and enable the delivery of efficient server, storage and data center hardware designs for scalable computing.

Facebook’s refresher news includes all new storage chassis, GPU servers and compute servers, as well as the latest version of Yosemite, Facebook’s multi-node compute platform. All design specifications are available through the Open Compute Project site; a comprehensive set of hardware design files for all systems will be released soon.

Facebook’s IT Evolves Out of Necessity

Facebook’s IT is always evolving. The social network updates its status and photo-sharing capabilities regularly, with many of the changes often barely noticeable to its 1.8 billion users.

Since Facebook acquired photo and video-sharing service Instagram, the network has reported more than 100 million hours of video watched daily, 95 million photos and videos being added to Instagram, and more than 400 million people using voice and video chat on Facebook Messenger.

To keep up with this pace and keep customers happy, Facebook must refresh its server fleet to improve performance and scale. The company has no choice; it must evolve or risk going out of business.

Because Facebook has so many daily users, it has been forced to design and build its own customized servers to serve its needs. As a result, the Menlo Park, Calif.-based company decided to rebuild its data centers and present them as modular disaggregated systems that enable it to swap out hardware and software when faster and more reliable hardware becomes available.

Now, the next generation of data center hardware is here and ready to be plugged in, and Facebook is wasting no time in deployments.

Eran Tal, who manages Facebook’s infrastructure products engineering team, has a job that’s not exactly for the faint of heart: He’s one of those charged with keeping ahead of the huge wave of content coming into the network on a 24/7 basis.

“This actually speaks to our philosophy of disaggregation,” Tal told eWEEK. “The reason we have disaggregated (servers, storage and networking) is to stay ahead of workloads. Ten years ago, we had a rapidly evolving workload, but then when the infrastructure underneath couldn’t serve the evolution of the workload, we were a little bit stuck in being able to flex and mold the new infrastructure to the new demand.

“What the disaggregation enables us to do, is when the workload morphs, we can look throughout the infrastructure and say, ‘What’s the best and fastest way to address this?’ A lot of times it’s just tweaking something in the software. For example, we can reduce the size of our database by 50 percent, and that can solve it.”

Facebook’s most important new hardware design is its latest storage box, called Bryce Canyon. This is the company’s first major storage chassis redesign in about four years, or since its Open Vault storage system was released in 2013.

The OCP Summit 2017 continues through March 9.