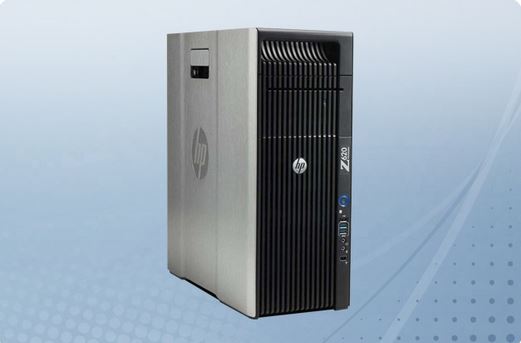 Professional workstations are creatures of the enterprise, because they can perform computing and visualization tasks beyond what’s reasonable for other computers.

As the name implies, professional workstations exist for work. They are not computers that ordinary users buy at a big box store for their gaming needs, nor are they devices that most people would use for internet browsing or even working on family photos. Instead, these computers have high-end processors, usually Intel Xeons, they have video cards capable of supporting multiple 4K monitors, and there’s a lot of memory–sometimes as much as a half-terabyte of system RAM. And they usually have mass storage configured for data protection through the use of RAID.

Buying a Workstation Generally Not a Trivial Cost

But because of all that horsepower inside the box, they’re expensive. Depending on the type and number of processors and the amount and type of memory, the prices for these machines start in the thousands and can easily extend into five figures. Buying one of these machines is more than just a routine purchase. It’s an investment.

Because it’s an investment, professional workstations create something of a dilemma. How do you decide among the nearly infinite levels of customization for each brand of workstation, and once you’ve bought one, how do you keep it running long enough to keep the investment rational?

Unlike the laptop and desktop computers you’re going to find at the store or online retailers, workstations are frequently customized to meet your specific needs. While each manufacturer does have a few standard configurations, when you go to their websites, you’ll be presented with a vast list of choices. As you scroll down, you’ll see that you can buy a workstation with pretty much anything you want.

A typical configuration list will start with your choice of operating system, which normally be Windows 10 Pro for Workstations (so it can handle all the cores in those Xeon processors) or your choice of Linux distributions, or in some cases no operating system at all. Some machines may offer a downgrade to Windows 7.

Lots of Choices to Make

Then it goes on. Which Xeon processor would you like? Do you want one or two? How much memory do you want? Yes, you can choose 4 gigabytes, but you’d be out of your mind. Depending on the processor and the workstation, you can have it populated with as much as a half-terabyte (500GB). How many hard disks or solid-state drives, how large should each be, and in what configuration from RAID 0 through RAID 10?

Video cards will really run the price up, but you can add more than one, so how many do you need? Generally, each of the graphics cards on these computers will have four display port connectors, each capable of supporting a 4K monitor. You can order two, and in some cases more, cards.

Oh, and while you’re adding all of this to the computer, you’ll likely need enhanced cooling. And of course you can get one or more network interface cards, usually starting with dual Gigabit Ethernet, with an option for 10 Gigabit Ethernet. The list can go on as you add features and security hardware.

To help you work your way through this, we’re doing two things. First, we’ve requested workstations for review from the three major vendors of professional workstations, HP, Dell and Lenovo. In addition, we’re looking at considerations for protecting your investment by upgrading your existing workstations so that they can keep meeting your needs despite your growing requirements and despite changes in technology.

Starting with a HP Z-620 Workstation

To that end, we’ve acquired a workhorse of the workstation market, an HP Z-620 professional workstation (pictured; to see a large view, right-click on it and select “View Image”). This machine is equipped with some good internals, including a pair of Xeon E5-2620 processors, each of which has six cores operating at 2 GHz. There’s 16 GB of memory and four hard disks in a RAID 10 configuration, and there’s an NVIDIA K2000 graphics card which can handle two 4K monitors.

But this machine is also six years old, and while it’s running Windows 10 Pro, it’s not a totally happy match. Software runs slowly, but a full suite of tests and benchmarks indicate that this workstation is healthy. We will use this machine to determine whether it can be upgraded to the point where it runs well enough to compete with modern workstations, including HP’s new Z6, which costs nearly $6,000 for a similar configuration.

Perhaps more of a challenge, we’ll start by trying easy and relatively inexpensive options, such as replacing the disks with SSDs and upgrading the amount of memory. After all, if it’s possible to turn your old workstation into something relatively equivalent to a new one for under $1,000, why spend the extra money?

We Look at Actual Costs

While doing this, we’ll look at the actual costs, not just the price of components. You’ll need to pay someone to swap disks, for example, and it will take time, and therefore money, to add memory. In addition, because professional workstations are designed to be easy to service and may feature “tool free” access, that will impact on the process, but not because it’s easier, but because it may limit the upgrade choices.

The next column is all about the upgrade. Can it be done? And if so, is it practicable?