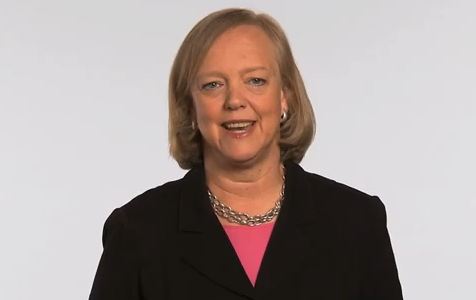 Hewlett-Packard, battling falling demand for personal desktop and laptop computers by selling more servers, storage and software as well as cutting costs, turned in a mixed-bag Q2 2013 earnings report on May 22.

Revenue and profits were both down in double figures, but the good news was that they were not down as much as expected by Wall Street analysts.

A survey of analysts had projected HP would come in at 81 cents a share on revenue of $28.12 billion.

Despite the dips in bottom-line numbers, HP investors apparently see enough progress in the approach of CEO Meg Whitman (pictured) to think the company is finally making headway in its turnaround.

“The results were better than feared,” Bill Kreher, an Edward Jones analyst, told the Associated Press.

HP stock zoomed up $2.84, or about 13 percent, to $24.07 in trading after the closing bell. If the stock continues in a similar fashion May 23, it would mark the largest one-day percentage gain in the company’s stock in more than four years.

Nonetheless, HP’s stock is still nearly 50 percent below where it was only three years ago.

Whitman, ever the optimist, told listeners on the conference call that “you can feel the turnaround taking hold at HP. We beat the upper end of company projections … and I feel good about the rest of the year.”

HP, the world’s largest maker of PCs and printers, has been troubled for years with a declining market for PCs, lower printer demand and leadership issues in its executive offices, with four CEOs in the last 13 years.