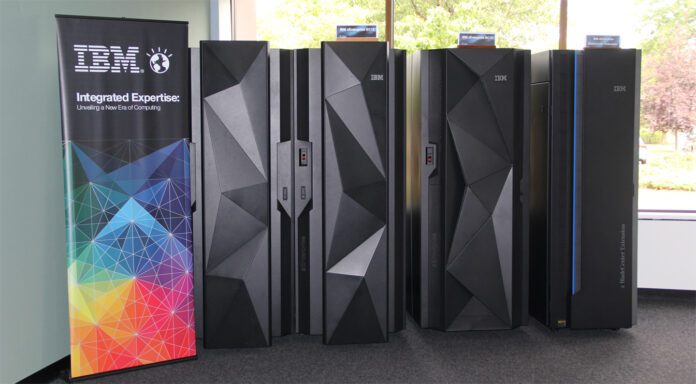 Reports of the imminent demise of IBM’s Z mainframes, the company’s flagship enterprise system platform, have been floated–only to plummet ignominiously earthward–for more than a quarter-century or nearly half of the time the mainframe has been commercially available. Such rumors initially arose among IBM’s competitors in the early 1990s, when the company was on the ropes, reeling like a punch-drunk boxer past his prime, until Lou Gerstner’s sober management got it back in fighting trim.

You can understand why some vendors would willingly spread garden variety fear, uncertainty and doubt (FUD), attempting to undermine faith in a platform they didn’t have a snowball’s chance in hell of besting. But how and why has IBM proved them, along with countless numbers of doubtful analysts, reporters and industry experts so wrong, so regularly for so long? The answer is fairly simple: Along with being the industry’s most stable, resilient and secure enterprise system, the IBM Z is also more flexible and adaptable than other platforms.

In essence, the reason that the mainframe has thrived for well over a half century is because IBM has reinvented it time and again to support the evolving needs and business requirements of its enterprise customers. That ability to evolve in order to support the evolution of others is clear in the Tailored Fit Pricing for IBM Z offerings that the company announced this past week.

So how exactly has IBM altered the mainframe over the years? For the first three decades, the company’s path was fairly conventional. The mainframe, after all, began as a digital complement to the mechanical calculators and other transaction-focused business machines that were central to IBM’s success. Over time, new technologies, including increasingly powerful database and middleware offerings, were used to extend the mainframe’s ability to support and extend emerging business applications.

Then in the mid- to late-1990s, IBM began exploring uncharted territory with its decision to formally and financially support Linux and other open source technologies, beginning with its (then named) zSeries mainframes. The decision was not universally popular—in fact, some IBM board members believed Linux would destroy the mainframe’s value. History proved those naysayers to be as utterly wrong as they were shortsighted.

Linux continued to be a major driver for mainframe customers, eventually becoming the operating environment of choice for more than half of IBM’s Z workload sales. Shortly thereafter, the company introduced LinuxONE mainframe that was provisioned entirely with and for Linux-based workloads. LinuxONE, in combination with robust new secure service containers, is central to IBM’s blockchain solutions and IBM Cloud’s blockchain services.

The Need for New Mainframe Pricing

These points aside, an area where IBM was somewhat less forward thinking was in how it charged enterprises for using mainframe software. In short, software license costs are based on how much processing systems perform in a given time period.

Neither of these models were fully satisfactory for mainframe customers because they did not address existing production workloads, which remained R4HA-based. Not surprisingly, clients’ IT staff focused on rigorously managing mainframes to avoid peak R4HA consumption and charges, reducing their availability for critical work and projects. Plus, the monthly billing model made budgeting unpredictable, at best—a critical issue for IT departments under constant pressure to rein in or reduce costs.

Finally, they inhibited customers from fully leveraging their mainframes for modern applications and related commercial opportunities, like mobile payment processing.

The last thing any vendor wants to do is to become an impediment to customers pursuing new business. So how is IBM addressing these issues? With Z mainframe software pricing that one company executive described as “Two sizes fit most.” They are:

Moreover, IBM is offering considerable flexibility in how its new pricing models are designed and configured. For example, a consumption model deployment can support separate containers supporting specific use cases. So, a customer might utilize one container/pricing model for legacy applications leveraging IBM middleware solutions (DB2, IMS, WS MQ) and another for modernized workloads.

IBM noted that it has deployed Tailored Fit Pricing solutions during the past year for 25 Z mainframe customers (16 Consumption Models and 9 Capacity Models). Though customers chose the new pricing offerings for a variety of technical, budgeting, financial and market reasons, most saw benefits in simplified operations, greater flexibility in dealing with usage spikes and easier provisioning of resources for dev ops. Moreover, some reported notably improved peak performance and enhanced planning capabilities.

With its new Tailored Fit Pricing models, IBM is clearly onto something good. A notable point about both models is that discounted growth pricing is offered on all workloads–whether they be 40-year old Assembler programs or 4-day old JavaScript apps. This is in contrast to previous models that primarily rewarded only brand-new applications with growth pricing. By thinking outside the Big Iron box, the company has substantially eased the pain for its largest clients’ biggest mainframe-related headaches. That’s important from a customer satisfaction perspective, but it also impacts the competitive and business value of IBM’s flagship enterprise computing platform.

By making access to Z mainframes more flexible and cloud-like, IBM is making it less likely that customers will consider shifting Z workloads to other systems and environments. As cloud providers become increasingly able to support mission-critical applications, that’s a big deal. The new pricing models should also help companies derive greater value from their IT organizations. That’s great financially, but it is also a critical point considering the shortages in and demand for workers with enterprise IT skills.

Overall, the Enterprise Capacity Model and Enterprise Consumption Model offer more proof of IBM’s ability and willingness to adapt the Z mainframe to support the changing requirements of its clients. Sometimes that results in substantial new and improved technologies, such as those we’ve seen time and again in emerging generations of IBM Z. Other times, like now, it simply involves IBM listening to its customers and then determining how the mainframe can be evolved to meet their needs.

Charles King is a principal analyst at PUND-IT.  © 2019 Pund-IT, Inc. All rights reserved.