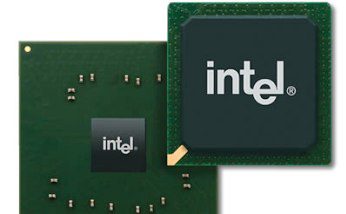 Intel on Jan. 17 said that it reached its expected business goals for fiscal year 2012, reporting full-year revenue of $53.3 billion, $11 billion in profit and earnings per share of $2.13.

The revenue total was down 1 percent from 2011. Gross margins were exemplary at 62 percent, although the company forecast a drop to 58 percent in 2013.

Also during the fiscal year, the world’s largest processor maker generated $18.9 billion in cash from operations, paid dividends of $4.4 billion, and used $4.8 billion to repurchase 191 million shares of stock.

All the numbers — both yearly and quarterly — were on target with projections, President and CEO Paul Otellini told analysts and journalists on a conference call.

“The fourth quarter played out largely as expected,” Otellini said. “We made tremendous progress across the business in 2012 as we entered the market for smartphones and tablets, worked with our partners to reinvent the PC, and drove continued innovation and growth in the data center.

“As we enter 2013, our strong product pipeline has us well-positioned to bring a new wave of Intel innovations across the spectrum of computing.”

Otellini said Intel made major inroads in the data center chip business in 2012 and that new devices (more powerful smartphones and tablets among them) have helped sustain the company’s market share.

Go here for more detail on the earnings report.