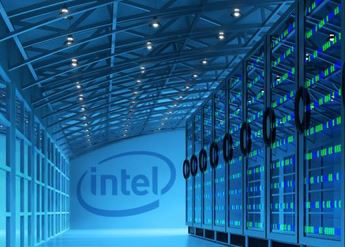 Intel technically “beat the Street” on its Q1 2017 earnings, but revenue guidance from the world’s largest process-maker appeared to be unsettling for investors, so its stock price took a 3 percent hit April 27.

Revenue for the quarter came in at $14.8 billion, against the comparable year-ago figure of $13.8 billion. Analysts expected the company to post earnings of $14.81 billion in revenue, according to a consensus estimate from Thomson Reuters. As a result, Intel shares fell more than 3 percent in after-hours trading.

Intel CEO Brian Krzanich told attendees at an investor meeting in February that he expected lower profit margins for the data center business for Q1. His statement came a day after he had been at the White House and announced a plan to invest $7 billion in an Arizona factory that will employ 3,000 people.

“We’re improving the profitability and health of our PC business. At the same time, our investments in the data center, IoT, memory and FPGAs are paying off with significant combined revenue growth,” Krzanich said on the April 27 conference call to analysts. “These are purposeful investments that will position Intel for years to come.”

During the earnings conference call, Krzanich said “the first quarter tends to be the lowest quarter in general for overall revenue and output and growth in the data center business.”

The company recently announced an agreement to buy Mobileye for about $15.3 billion in cash for the Israeli technology company’s computer vision expertise.